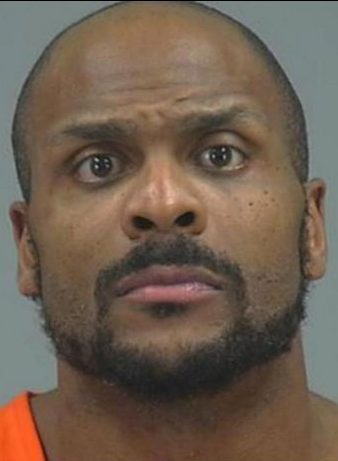 Before Kenya Moore of the “Real Housewives of Atlanta” met and married restaurateur Marc Daly, she dated a man named Matt Jordan who developed a reputation for having a quick temper that often shot out of him like a projectile.

It looks like Jordan’s volatility has not subsided in the years since he and Moore broke up. Jordan was arrested for allegedly punching his girlfriend, Valerie Bell, in the face in the parking lot of a Denny’s in Maricopa, Arizona, about 40 miles south of Phoenix.

According to the arrest report, Jordan also got very close to a female witness who later corroborated the victim’s story. She said he took her cigarettes, including the one in her mouth, and flung them. He peeled off from the scene before officers arrived.

Later on, TMZ reports, Jordan tried to come by Bell’s home and that’s when she notified law enforcement who tracked him down and arrested him without incident. He was booked on multiple charges including aggravated assault, theft, and threats/intimidation with damage to property. Officers also found that Jordan had an outstanding warrant from a related incident back in April that he failed to appear for.

Fans of Moore won’t be surprised by this development. She had to take out a restraining order against him in 2017 because of his erratic and violent behavior.

In 2016 alone, Jordan was arrested four times on a variety of charges, according to Hot963.com and Starcasm.com

Moreover, RHOA fans also remember that Jordan got into a fight with Cynthia Moore’s ex-husband Peter Thomas at a Charlotte radio station in 2017, according to Celebrity Insider.

Jordan is now holed up in the Pinal County Adult Detention Center on $3250 bail, but he was still listed in custody. He has a court hearing later this week.

Below is the recap of the scuffle that Jordan and Thomas had at the Charlotte radio station in 2017.