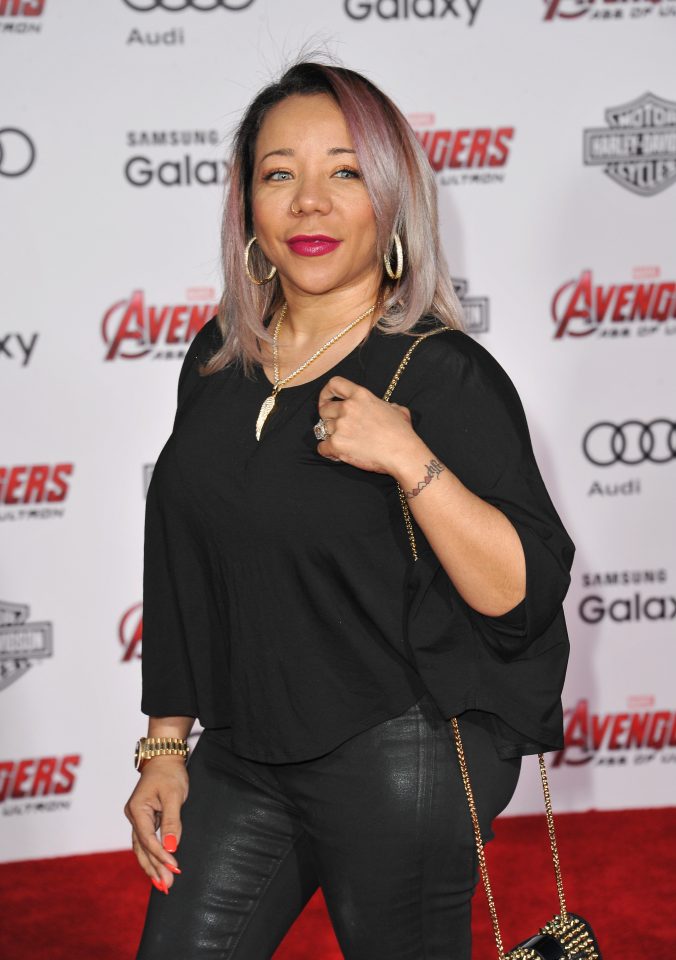 Tiny Harris was a guest on her husband T.I.’s “ExpediTIously” podcast discussing marriage and relationships in a two-part segment titled “Mr. & Mrs. H.”

The two dissected the anatomy of relationships, including what attracts people to each other. Harris recalled some relationship advice she was given by Kandi Burruss’ mom Joyce Jones, aka Mama Joyce, when she was Tiny was 15 years old.

“I remember Ms. Joyce telling us not to marry for love,” Tiny said during the episode that aired Wednesday, Oct. 23, 2019.

Harris acknowledged that Jones’ advice is a popular sentiment among many women when advising their daughters, nieces and other young female singles. At the time Jones gave her the advice, Harris and Burruss were experiencing breakaway success with their R&B group Xscape. Whether she was attempting to shield the girls from being taken advantage of or simply giving them some good old-fashioned advice, Harris opted to follow her heart instead of the dollar.

She and T.I. began their relationship long before he was credited with being King of the South. At their relationship’s inception, she was the bigger star, and he was an up-and-coming rapper without much in the bank.

The two acknowledged that their relationship started unconventionally but worked well for the two of them.

In addition to discussing the beginning of their relationship, the Harrises shared advice with couples on a variety of issues including how to deal with a spouse that goes out to much and how couples should learn each other’s love language in order to have a healthy relationship.

Sounds like a new relationship advice series could be in the making.