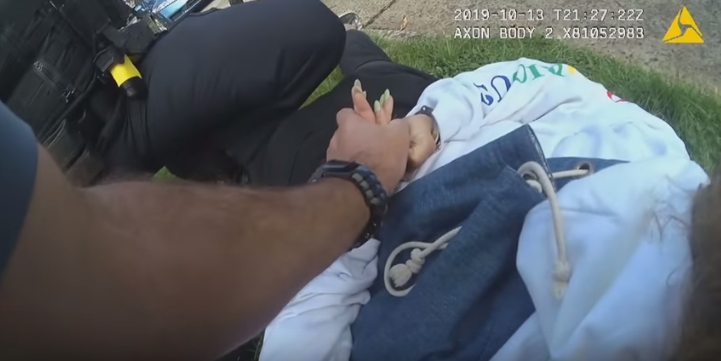 Bodycam footage of an incident involving an Oregon State student, Genesis Hansen, was released on Wednesday, Oct. 23. The provocative video suggests officers used unnecessary and excessive force in detaining yet another black child. According to officers on the scene and reports from CNN, Hansen was allegedly riding her bicycle in the face of oncoming traffic when she was pulled over for failing to stay inside traffic lanes.

While she was being detained a small group of onlookers gathered, as Hansen asked repeatedly why she had been pulled over. She also refused to turn over her license or identification, which is within the scope of her rights.

The ACLU of Oregon states: “It is not illegal in Oregon to refuse to identify yourself, but police may detain you until they establish your identity.”

While the initial officer, Oregon Senior Trooper, Kelly Katsikis, was unable to obtain Hansens’s identity, a Corvallis, Oregon back up officer, Donald Sheldon, was called to assist.

Katsikis provides an explanation, which quickly leads to an escalated encounter.

“Every question that I ask, we go in a circular argument wherein they state ‘I don’t answer questions,'” the officer explains. “It’s a minor stop to start with, but that’s where we’re at.”

As the discussion proceeds, Hansen only describes herself as an African-American mixed woman and refuses to turn over her ID, which leads to a direct order from Katsikis.

Flip the page to read more and view video of the arrest.