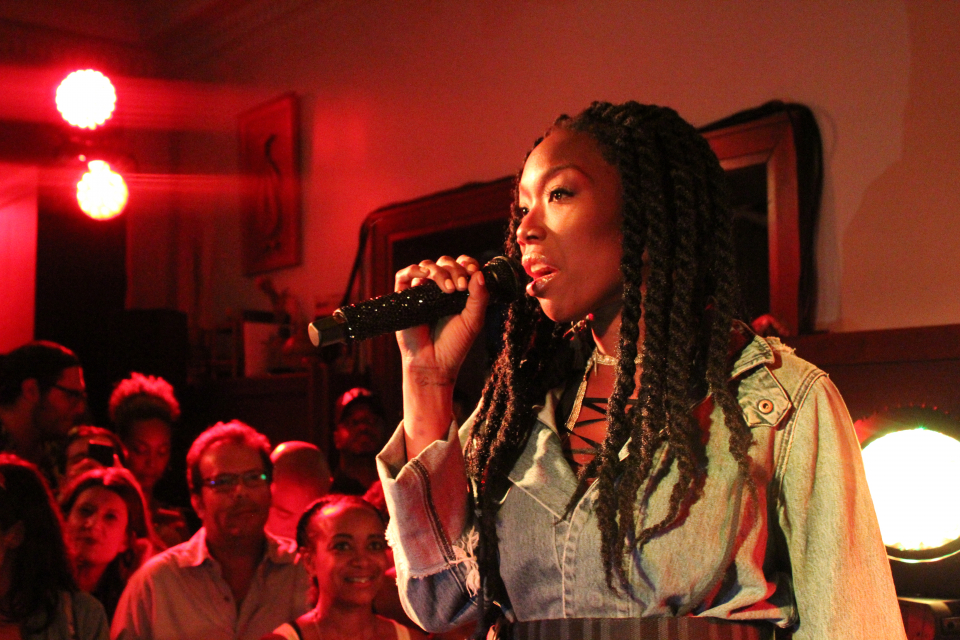 Brandy reportedly caused the singer of a popular R&B group to become blind. During an interview on Nick Cannon’s radio show on Power 106, Immature members Jerome “Romeo” Jones and Marques Houston revealed that Brandy caused Romeo to become blind in one eye. The incident occurred when they all were teens in the 1990s.

“[Brandy] and, Immature member, Half Pint had got into it,”  Jones told Cannon. “She had a book in her hand, just tossed it back, not thinking anyone or I was that close. Cut my retina, detached it. And the lens to the eye had fell out and Brandon Adams caught it. He was there with us. So, he’s standing there holding my lens. He’s not knowing what’s going on. Marc come in and we were trying to hide it.”

Houston chimed in and revealed that Romeo did not want Brandy to get in trouble after the incident.

“I was like ‘What’s going on?’ Rome is on the bed,” Houston told Cannon. “Rome is like, ‘Nothing. Nothing.’ Brandy’s like, ‘He don’t want to get me in trouble. Nothing, nothing.’ I immediately went and got Chris. ‘Something happened to Rome.’ Told Chris it was an accident and we took Rome to the hospital.”

Romeo suffered a detached retina and had to have three eye surgeries. Following the incident, Romeo began to wear an eye patch, which became his signature style.

Immature, now known as IMx, has sold over 20 million albums, according to Upscale Magazine.

Brandy has yet to respond in regards to the alleged incident.