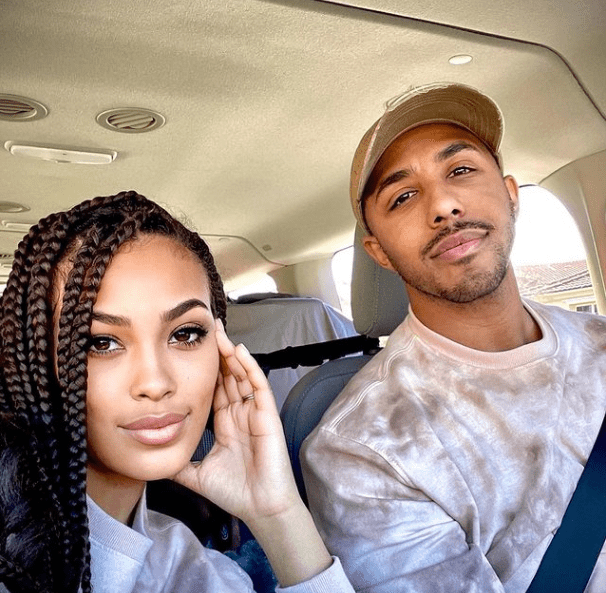 Former Immature lead singer Marques Houston became a father earlier this month. The 40-year-old R&B statesman and his 21-year-old wife Miya Houston welcomed their first child together on Dec. 2, a daughter named Zara. Houston spoke to Us Weekly about the birth and the naming of their little bundle of joy. “Miya chose the name […]

A conversation with Miya and Marques Houston 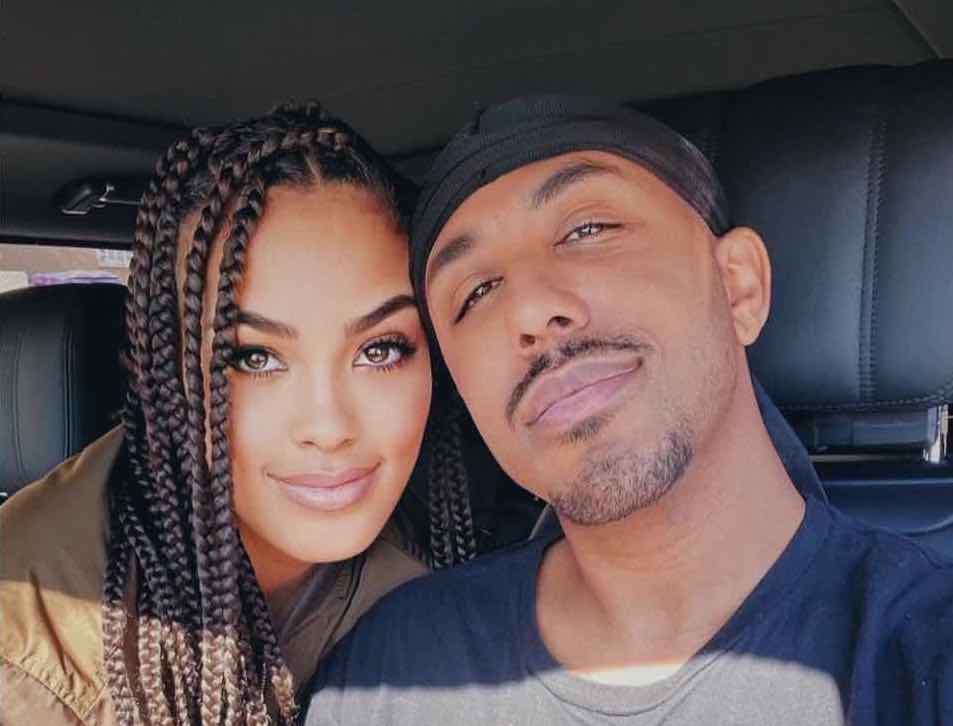 Newlyweds Miya and Marques Houston seem to be adjusting to married life just fine. Amid social media chatter and a tweet going viral the couple sat down with rolling out to dispel all doubts that their marriage involves God and that three-strand cord won’t be torn apart. 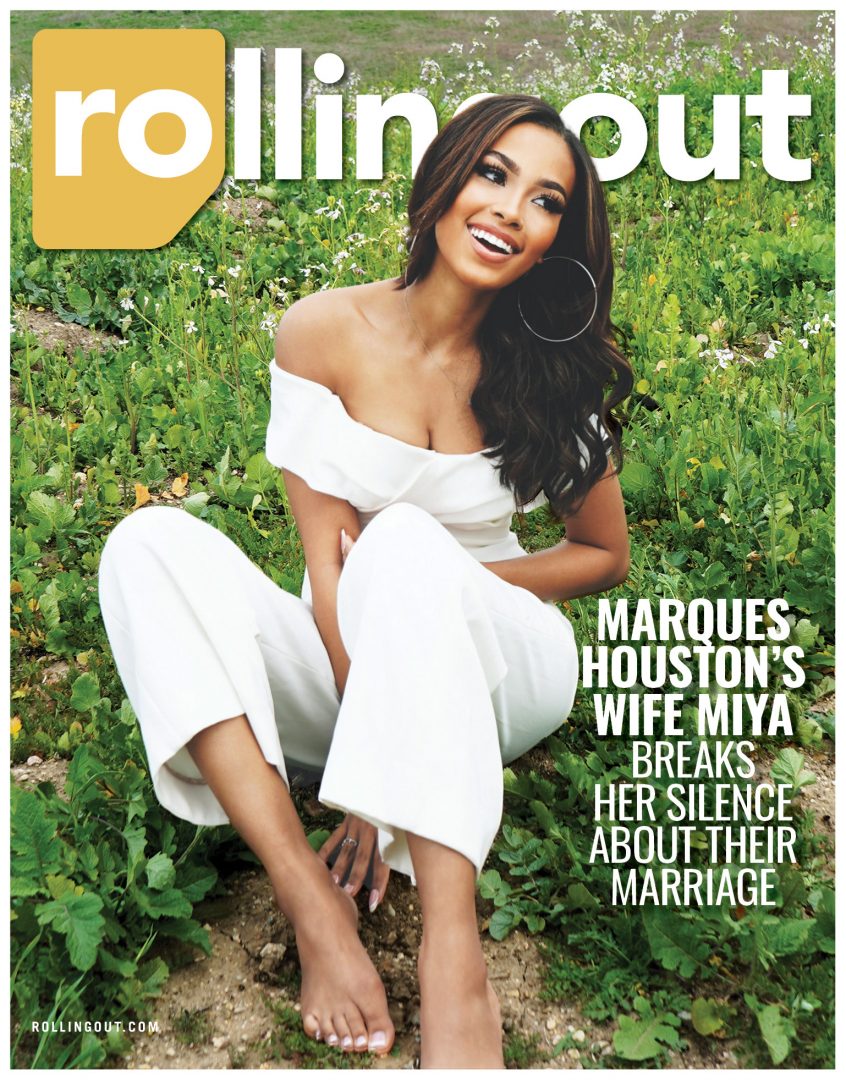 It’s been six months since Miya Houston tied the knot with actor and film producer Marques Houston, who was first introduced to the world as a member of the world-renowned boy band Immature. Under the tutelage of manager Chris Stokes, Houston transitioned to acting in the mid-’90s with his first role as Roger Evans on […] 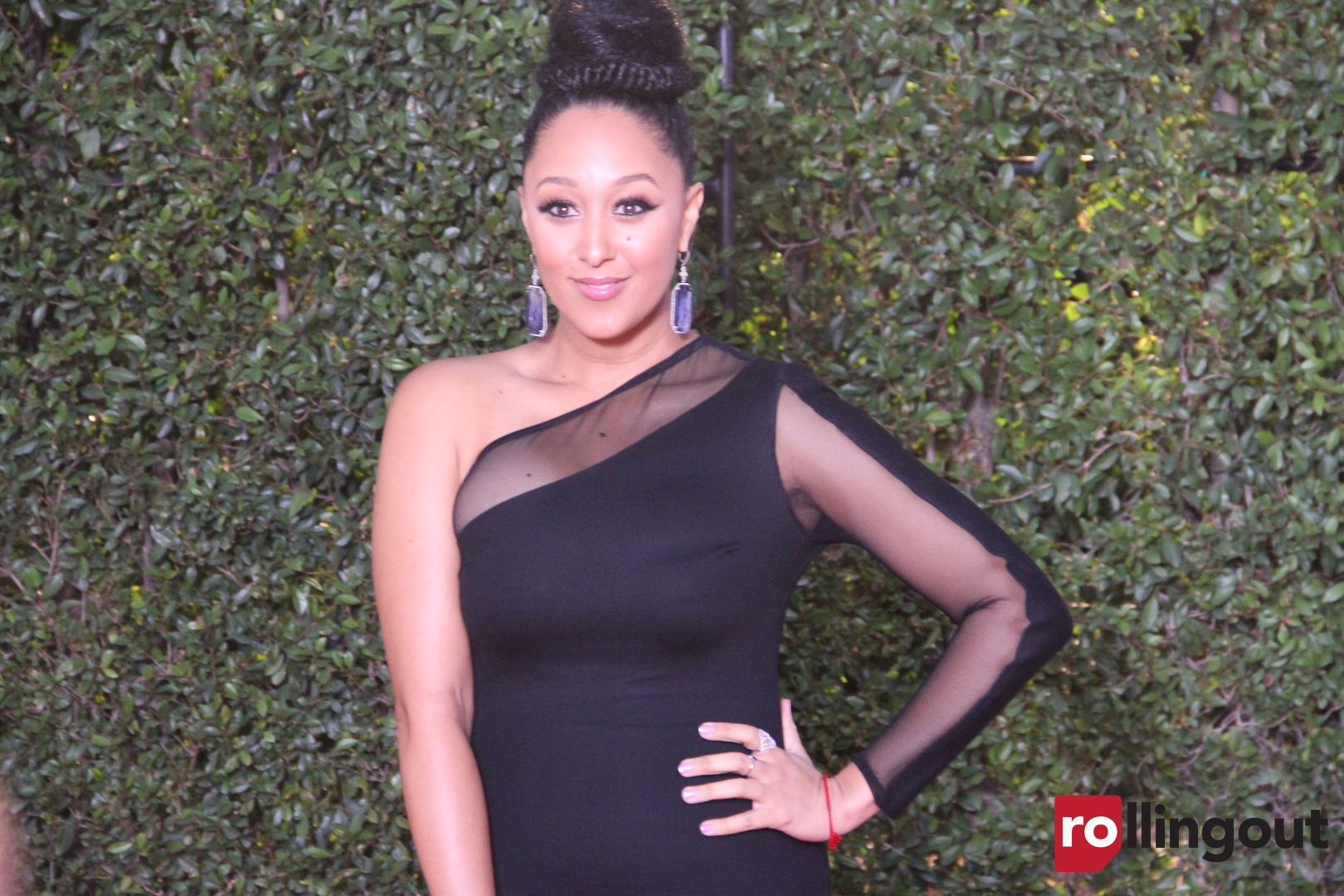 In the world of television reboots, many have been calling for the 90’s sitcom “Sister, Sister” starring twins Tia Mowry-Hardrict and Tamera Mowry-Housley to make an updated return. In the past, news has briefly circulated that it was happening but that talk has since fizzled. Tamera recently spoke with Pop Sugar about the pending project […] 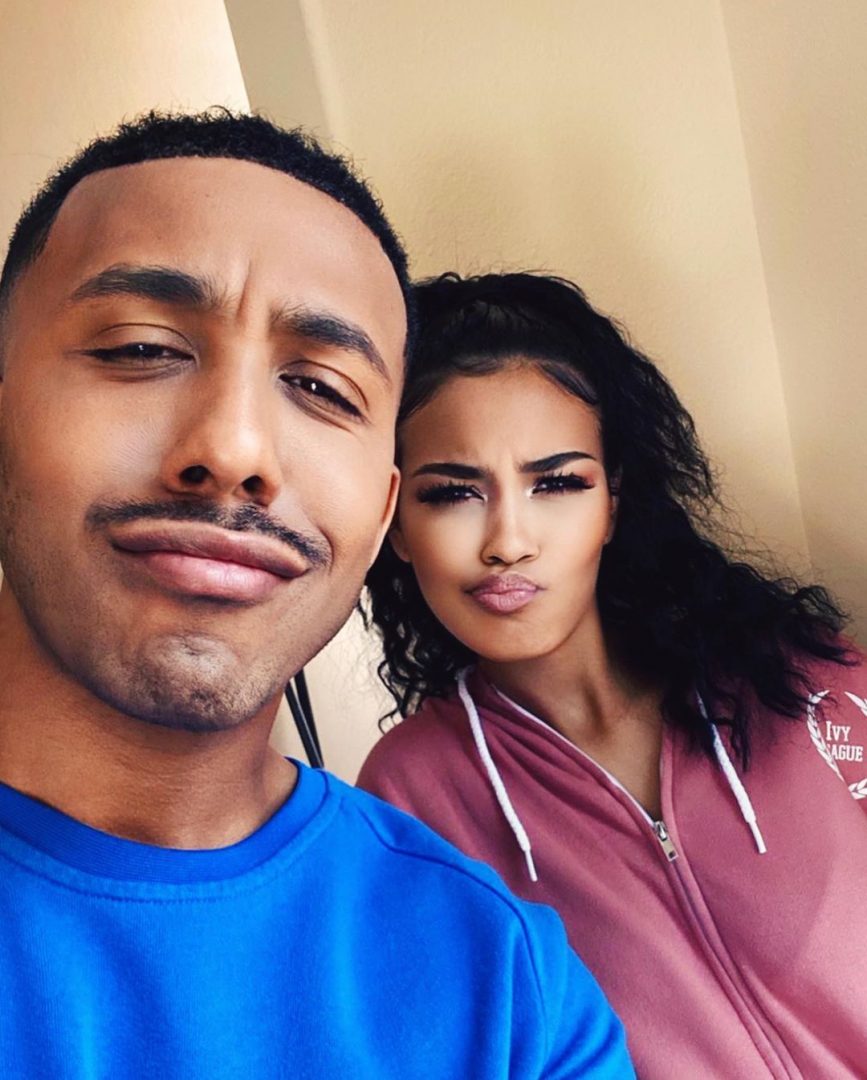 Actor Marques Houston and new wife Miya are flossing their wedding photos from this past week despite considerable opposition from social media. Fans were outraged that Houston got engaged to the 19-year-old woman because she is 20 years his junior. Social media made their strong sentiments known to the actor who came to fame via […] 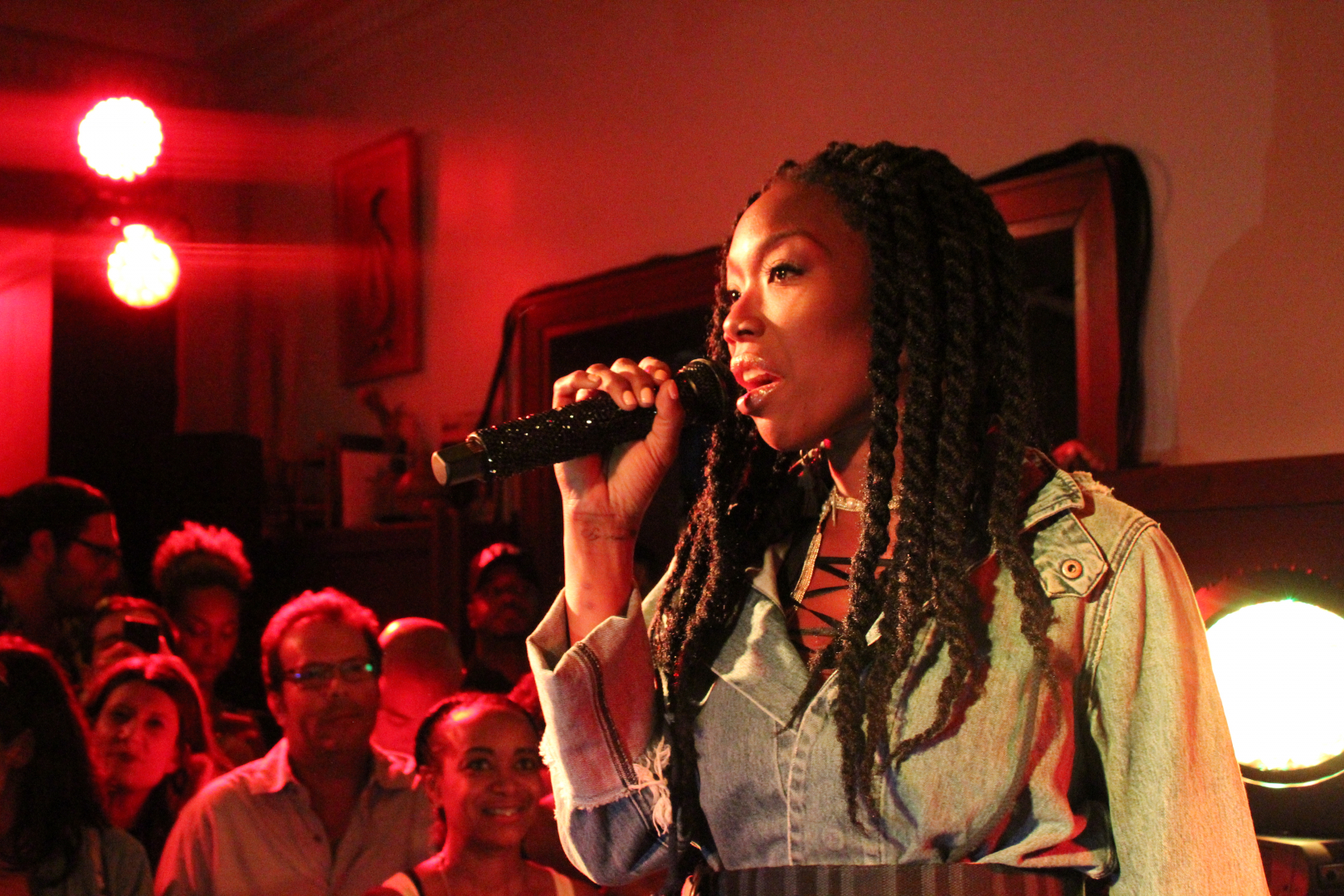 Brandy reportedly caused the singer of a popular R&B group to become blind. During an interview on Nick Cannon’s radio show on Power 106, Immature members Jerome “Romeo” Jones and Marques Houston revealed that Brandy caused Romeo to become blind in one eye. The incident occurred when they all were teens in the 1990s. “[Brandy] […] 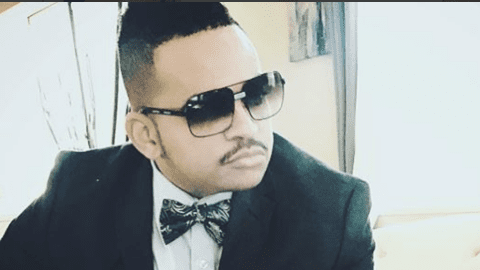 Director Chris Stokes joins the cause for change in the television and film industry when it comes to hiring minorities. The You Got Served box office hit director created the Chris Stokes Movie Training Workshop Experience in Hollywood. Stokes hopes to give opportunities to minorities that desire to be in the film/television industry but don’t […] In her acting debut, Draya Michele stars opposite Marques Houston who plays Jamal Hawkins, a handsome bachelor who finds himself in search of a wife to meet the stipulations in his grandfather’s will. Draya as Candice Koleto along with Keshia Knight Pulliam as Rachel Paris both play love interests of Houston’s in Will to Love. This […] Growing up in the ’90s, you became familiar with Marques Houston pretty quickly. He was everywhere. He was on our radios singing with fellow band mates of Immature. In 1992, Houston landed his first movie role as the voice of Khalil in Bébé’s Kids. If you watched television, Marques captured your heart as Roger on […]

‘Will to Love’: Keshia Knight Pulliam gets feisty and falls for her bestie When Marques Houston launched his own production company Footage Films, it was only fitting that when he finished his first project, Will to Love, that he’d call on his friend and fellow vet in the TV and film game, Keshia Knight Pulliam, to play a big part. “Marques and I have worked together before and he […]

Marques Houston and Karrueche Tran star in a romantic comedy Marques Houston and Karrueche Tran had the internet buzzing on Friday when Houston made a comment on Tran’s Instagram page. It was allegedly taken by Chris Brown’s crew #TeamBreezy as flirtation and according to a few sources, Houston received several threats based on his comments. Now that we know Tran plays Houston’s love interest in a Chris […]

As we reported yesterday, R&B sensation and actress Brandy Norwood celebrated a huge career milestone, marking 20 successful years in the industry. Celebrities from all walks of life congratulated “The Game” actress in a 30-minute viral video, which we’re sure humbled Norwood, 34. It’s common knowledge that the entertainment industry can be a bit cutthroat. […]

Hip-hop is closing out the summer strong. After a slow rap week, the genre comes roaring out the gate the week before Labor Day with a trio of high-profile album releases.

Marques Houston feat. Problem: ‘Give Your Love a Try’

Marques Houston teams up with Cali’s latest buzz, Problem, for the official music video to “Give Your Love A Try,” which is to be featured on Houston’s upcoming August 27 album release of Famous. Enjoy!

Steve Harris and Sherwin “Wood” Harris Other famous celebrity brothers can be found in the gallery.