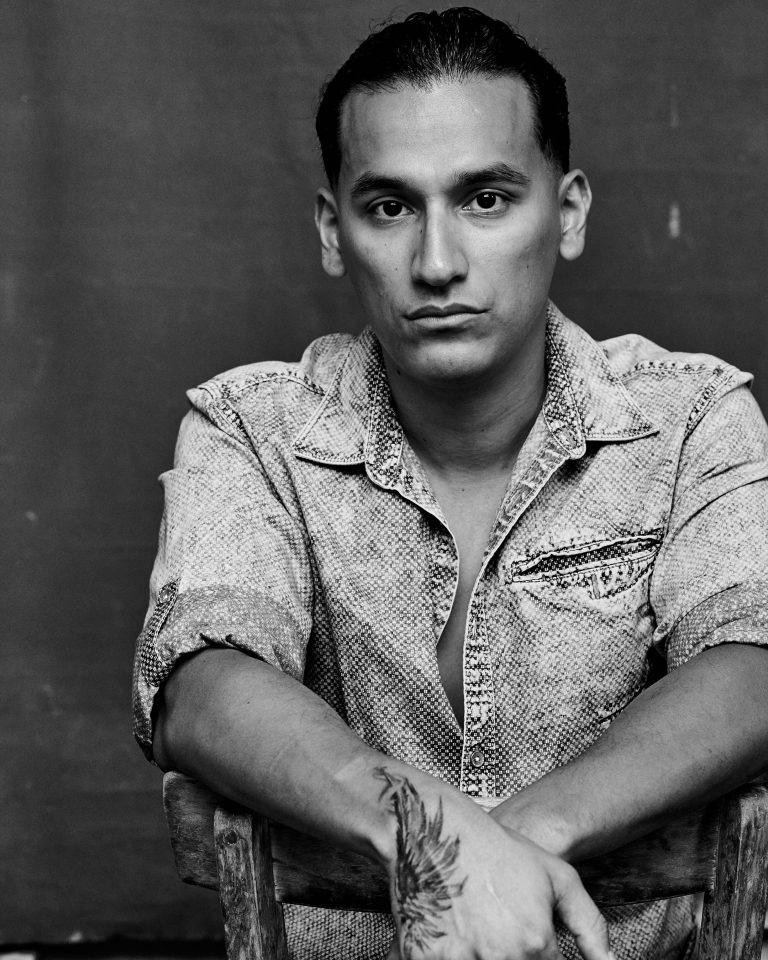 If anyone has a better “started from the bottom now we’re here'” story then actor Goya Robles we’d like to hear it. Otherwise, Goya Robles is your man. The talented actor plays the ruthless gangster drug dealer “Yago” in the EPIX series “Get Shorty.” But, if you take a closer look, there is more to the man then what you see on screen.

How did you arrive at this career choice?

I graduated from the University of Bridgeport studying music, but I never really took it as serious.  Once I graduated, I had no idea what my next move was.  Then I met this fly ass girl at a party who was an actress.  I wanted to get to know her more so I went to an off-Broadway show she was in called Platanos and Collard Greens.  I watched her show a couple of times, and each time I had a different experience.  I thought to myself, “this is something I could do.”  So at 24 years old, I asked my brother Javier to work on my very first audition with me.  We ended up both getting into the inaugural graduating class at the Actors Studio Drama School at Pace University.

How do you stay on the cutting edge of your craft?

I do my best to have new experiences.  An actor is only as good as his or her experiences.  It gives you something more of yourself to use.  I am always learning something new, and deepening what I already know.  Whether learning a new accent, elevating my boxing training, or doing a relative interview exercise where I become someone in my family, I keep my instrument as sharp and available as I can. Learning new forms of expression humbles my ego, and deepens … the confidence I need to perform.

Ellen Burstyn is a mentor who really inspires me to strive in my own life.  She has mastered herself and her craft in such a way that has manifested in deep wisdom, partly because she doesn’t always have to be right.  It makes her so human and her sense of play makes me have faith in what life could be like in my older years.

For someone outside of my industry, I’d say Mike Tyson.  The way he has transformed himself from his original environment moves me.  There was a point in my life where everyone I knew thought I was going to end up dead or in jail.  It took both hard work and dedication, as well as people to believe in me for a positive change to happen. Mike Tyson’s story is a reminder that your past doesn’t have to determine who you get to be right here and now.  And he’s one of the funniest, realest people I’ve listened to.  Good to know that there is a community of celebrities out there who haven’t sold their souls.