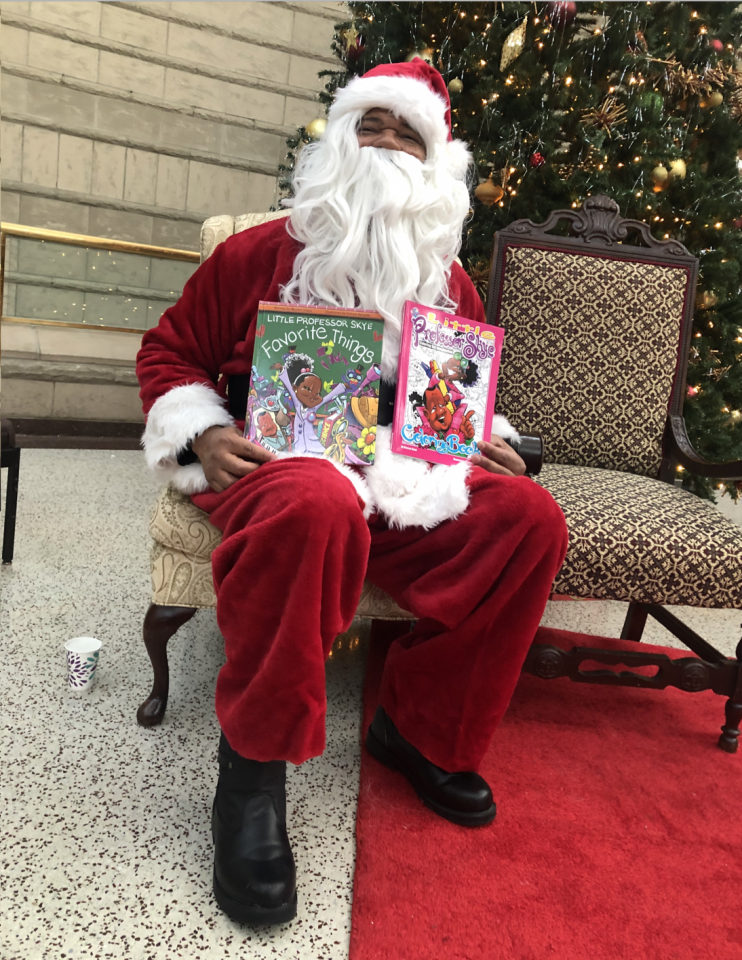 Black Santa, aka Shawn Cooper, poses for the camera as he holds up a couple of Little Professor Skye children’s books for sale during the 47th annual Noel Night event in Detroit. (Photo credit: Porsha Monique for Steed Media)

Shawn Cooper of Detroit has been portraying Black Santa Claus for the kids in his community for five years. He looks forward to it every year and takes great pride in his role.

When asked why taking on the role is so important to him, Cooper said, “Our children need to feel like they’re included and part of everything.”

Cooper was a big hit at the 47th annual Noel Night at the Charles H. Wright Museum of African American History in Detroit on Saturday, Dec. 7, 2019. Accompanied by his wife Elizabeth, who portrayed Mrs. Claus, he was passionate about his desire to give back by playing the jolly old elf.

The affable holiday hero took pictures and listened to gift requests from nearly every child who attended the free holiday event. The event also boasted more than 110 vendors and was hosted by the museum’s Women’s Committee and Alpha Kappa Alpha Sorority Inc.

Rolling out spoke with Cooper about the spirit of the holiday.

What is your motivation, and why is it important for you to portray Black Santa?

We’ve had an African American president of this entire country, and I think this idea that we as a people can occupy any position of honor and respect is an important thing. And that comes right down to Santa.

What’s the most requested gift you receive from children?

Wow. This year, it’s slime and this LOL thing. I’m not sure what [the LOL thing] is. And of course, video games. But you still have some children who ask for dolls, trains and bicycles.

What type of training have you received to become a Black Santa?

How many of your friends are also Black Santas?

I can’t think of anyone else who has done this. When my friends find out that I’m doing this, they talk about how much of a marvelous thing it is, and they say they don’t know anyone else who’s doing it.

What’s your favorite story ever told to you by a child?

Today, a child told me that the gift that she wanted was her family, and it touched my heart very deeply. You do hear some beautiful things. 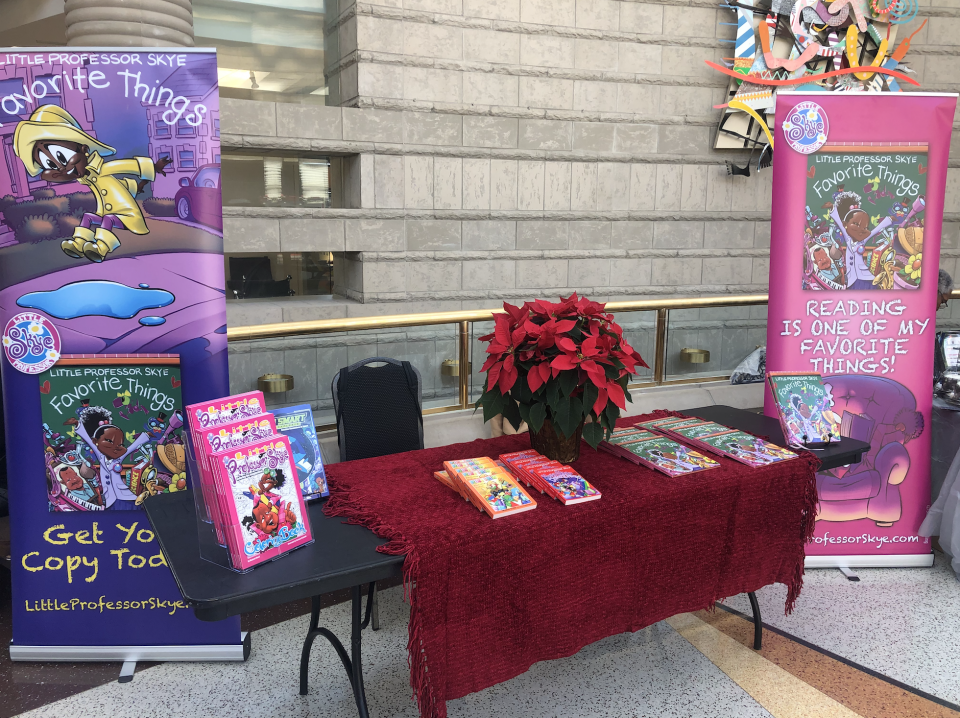