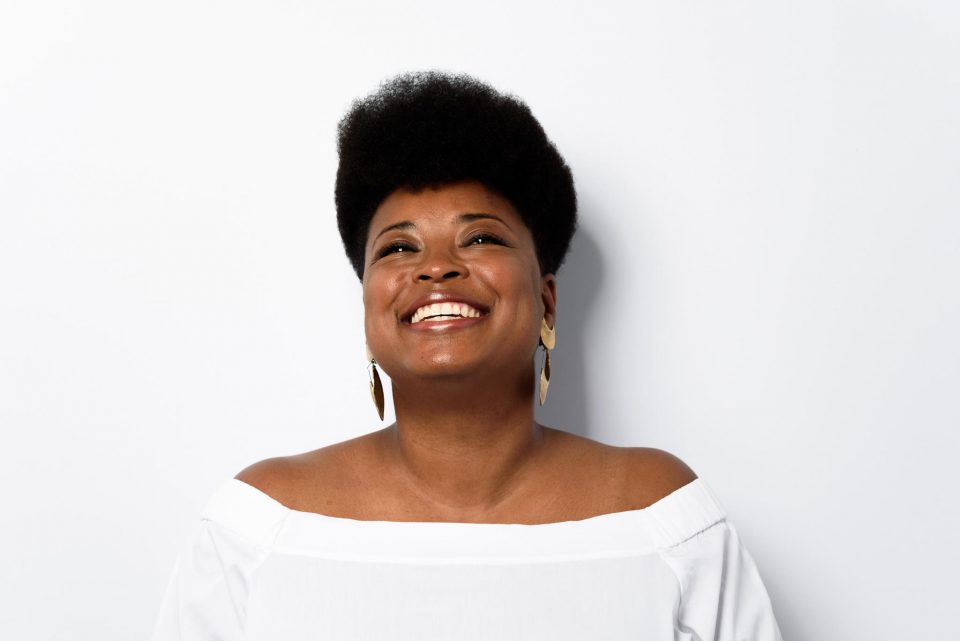 Meagan McNeal is a powerhouse singer, songwriter and recording artist. The Chicago native grew up around music which cultivated her uniquely blended sounds of soul, jazz and R&B.

McNeal attracted tremendous fandom after gracing the stage of NBC’s “The Voice” in 2017. Even after her elimination, her radiating vocals allowed her to use the tools and resources she gained through that experience to pursue music full time. McNeal recently went viral while participating in a groove session on a Chicago train. We spoke with McNeal about that experience and her career.

How did you get your start as an artist?
When I started singing it was when my aunt was getting married and I wanted to be a bridesmaid in her wedding. I think I was nine. She said I could be in the wedding, not as a bridesmaid, but that I could sing as she walked down the aisle. And that’s the very first song I ever sang publicly. It was Stevie Wonder’s “You and I.” And that big modulation at the end… I completely bombed it. From then the minister of music at the church where they got married [encouraged me] and I joined the children’s choir.

Tell us about the viral train video.
The train moment was so surprisingly well received. There’s an artist friend here in the city- Avery R. Young, who partnered with The Floating Museum to bring programming to the social spaces; that engaged CTA train passengers. They had the idea to do Soul L week and he asked that Corey and I to come and be a part. Corey Wilkes and I, the trumpeter in the video, we’ve worked together over the past decade. Because we worked together so often, we decided to just show up and create something organic in the moment. He played Mr. Fingers’ “Can You Feel It,” and I thought, Dennis Ferrer’s, “Hey, Hey” would go well over it. It’s a deep house Chicago classic. We did a little bit of call and response and it turned into a jam session. I never thought that it would be a moment, but it was. It was a really nice moment to share with people from Chicago.

What can fans expect from you in the future?
I’m working on new music that’s very special to me. I learned that I had to live a little bit of life to tell these stories. Before, everything was wonderful and easy. I had only myself to tend to. Then once you get your own bills, you have children… the real adulting begins. Now, life is still wonderful but brings with it new challenges. It’s at this moment, I’ve had to make the conscious decisions… choosing to rise, choosing to manifest joy and happiness. I’m excited about this new level of womanhood and balance.