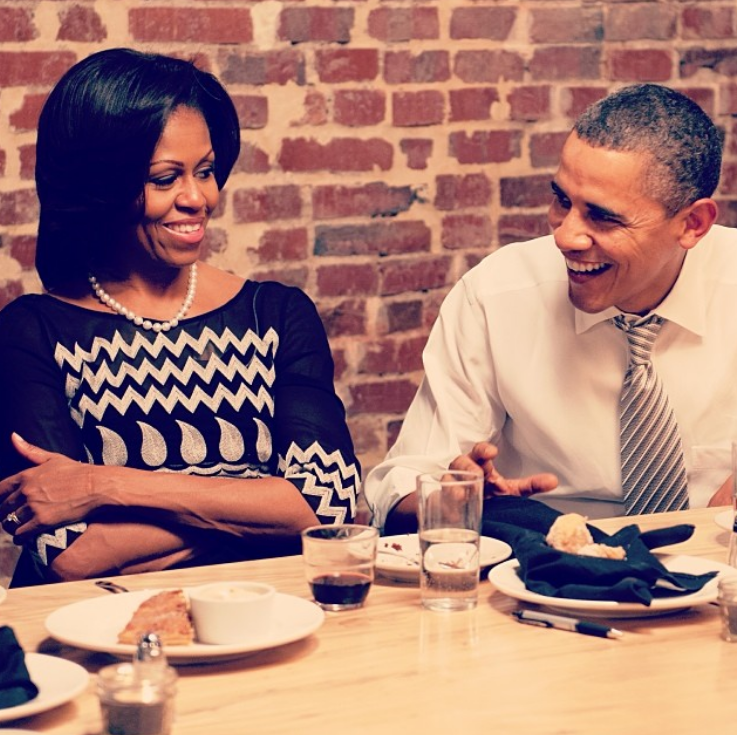 Michelle Obama said that she and Barack Obama “bawled like babies” when they dropped off youngest daughter Sasha, 18, to begin her collegiate career at the University of Michigan. But she told Oprah Winfrey that there was one benefit to being an empty nester: she rediscovered her marriage to her husband.

The former FLOTUS had what most would define as a phenomenal 2019. She and the former president just took home an Academy Award for the 2019 debut documentary, American Factory, that was shown on Netflix. Her debut book, Becoming, has sold north of 10 million copies and is one of the bestselling memoirs of all time. She also won a Grammy Award and was named one of Time magazine’s 100 Most Influential People.

Michelle Obama was very transparent during her sitdown discussion with Winfrey at her 2020 Vision: Your Life In Focus tour at the 15,000-plus Barclays Center in Brooklyn, New York. She made the audience howl when she revealed that Barack Obama has that “ugly, loud cry” when he let go of his youngest daughter.

However, now that the house is empty, Michelle Obama, 56, said she and Barack Obama, 58, are finally “seeing each other again” and she is getting to know again the “man that I fell in love with.”

The former first lady admitted to Oprah Winfrey, 66, that with Malia, 21, mid-way into her third year at Harvard University and Sasha, 18, having just begun her collegiate career at the University of Michigan, she and her husband are able to refocus their attention on themselves and their new home on Martha’s Vineyard off the coast of Massachusetts.

She admitted that she and Barack Obama had to undergo marriage counseling to get through the rough times.

“Parenting takes up a lot of emotional space,” Michelle Obama said, according to People. “Raising a family together is a hard thing. It takes a toll. But if you’re with the person, if you know why you are with them, you understand that there was a friendship and a foundation there. You can have chunks of hard, bad times and if that’s how you define your marriage by just the hard times, then you’ll miss the truth of what’s really there.”