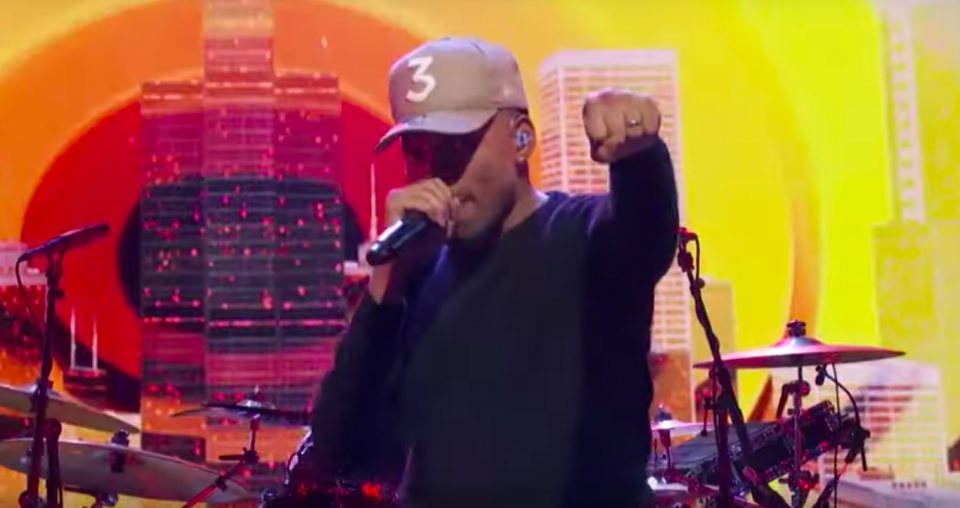 Chicago’s golden boy, Chance the Rapper, added to the stellar performances at this year’s NBA All-Star Game. He followed a string of legendary performances that paid tribute to Kobe Bryant earlier in the evening and added his own flavor.

Chance set off a high-energy performance at halftime, with DJ Khaled and Quavo joining him to perform “I’m the One.”

Chance seized his moment and gave the All-Star crowd exactly what they came to see. His charismatic way onstage drove the performance, and the fans were enthralled.

Many in the crowd may have expected Kanye West to show up when Chance began performing “Ultralight Beams” from West’s 2016 album The Life of Pablo, but that didn’t happen. Instead, there was another surprise.

Watch the video below for that and more, and then let us know what you think in the comments.