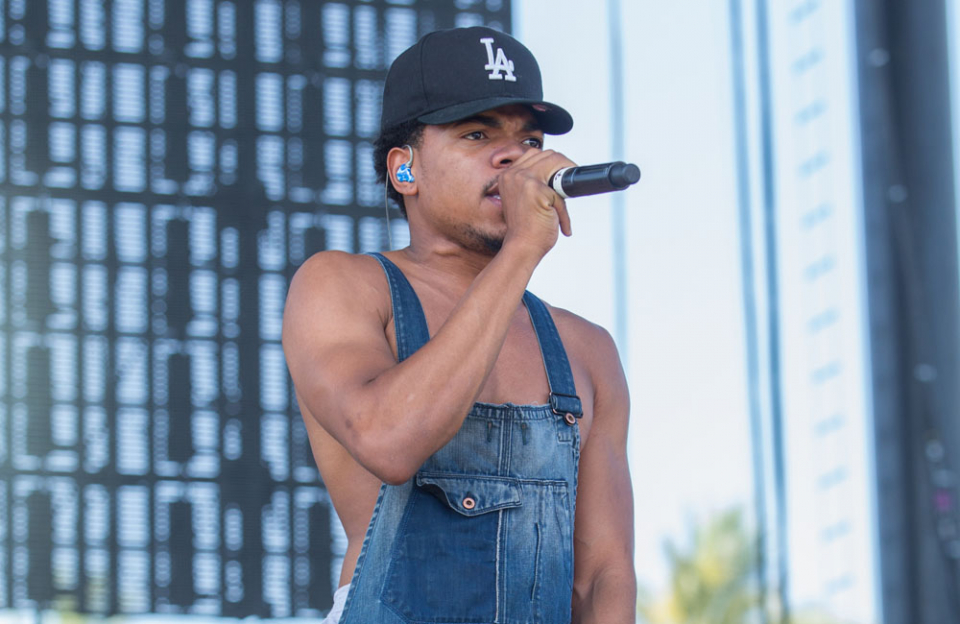 Chance the Rapper is involved in new musical movie Hope. The “No Problem” hitmaker has teamed up with his frequent collaborator, Grammy-winner Nico Segal, who will be in charge of the music side of things in the forthcoming feature, which is being funded
by MGM.

“Empire” writer Carlito Rodriguez is behind the original screenplay, which follows a group of teenagers in Chance’s real-life hometown of Chicago, Illinois, who come together as a community through their love of art.

The 25-year-old star, whose real name is Chancelor Jonathan Bennett, will work alongside his manager Pat Corcoran and his Haight Films, plus Scott Bernstein, who co-produced 2015’s hip-hop drama Straight Outta Compton, under Tradecraft.

Chance proved his capabilities for acting in a number of roles. The “Same Drugs” rapper recently starred as Dax in the thriller Slice, and, in 2020, he’ll lend his voice to the Trolls sequel, Trolls World Tour.

He’ll be joined by the likes of Kelly Clarkson, Jamie Dornan, Anthony Ramos, Karan Soni, Flula Borg and Sam Rockwell in the follow-up to the 2016 animation. Clarkson will take on the role of Country Trolls mayor Delta Dawn, and she will sing an original song in the motion picture.

Justin Timberlake, who received a Best Original Song Oscar nomination for his tune “Can’t Stop the Feeling” from Trolls, is to reprise his role as Branch in the sequel, alongside the likes of Anna Kendrick (Poppy), and James Corden, who will return as Biggie.

The film will tell the story of the trolls of Troll Town who are shocked to discover there are other trolls beyond their world, each defined by a genre of music.