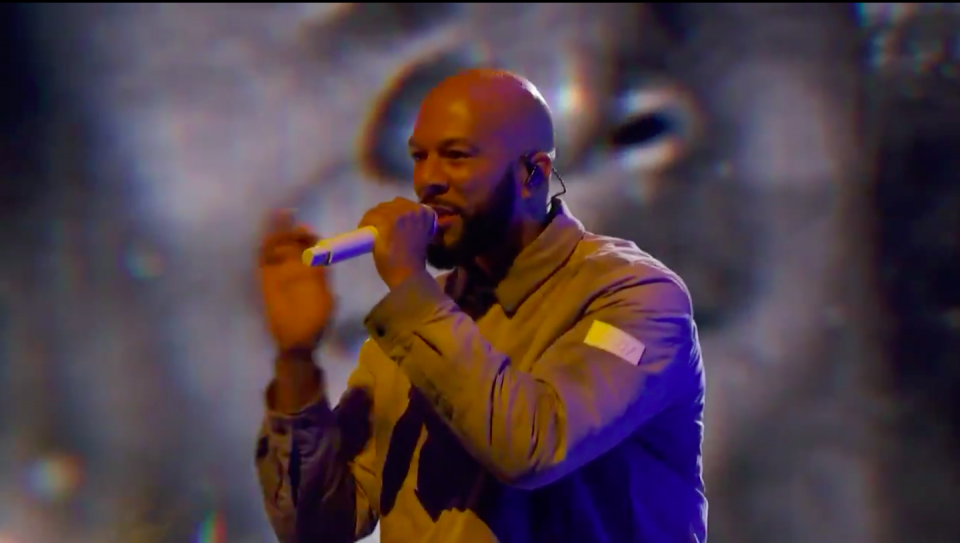 Common probably had the best NBA All-Star weekend ever.

A few days after winning the MVP award at this year’s celebrity game, he opened the official game on Sunday, Feb. 16, 2020, with a moving and soul-stirring tribute to Kobe Bryant and his Chicago hometown.

The Grammy and Academy Award winner painted a picture of achieving dreams and greatness. He spoke to the lives of many local and worldwide legends from Chicago. Acknowledging so many Chicago greats served as a reminder of what the city has given to the world.

His mention of Dwayne Wade’s journey caused Wade to tear up on the sidelines. The tribute continued to build and tied Michael Jordan’s contributions to Bryant’s legacy.

Common’s poetic delivery and his hip-hop sensibility served as inspiring word to the world.

Check out the video below.