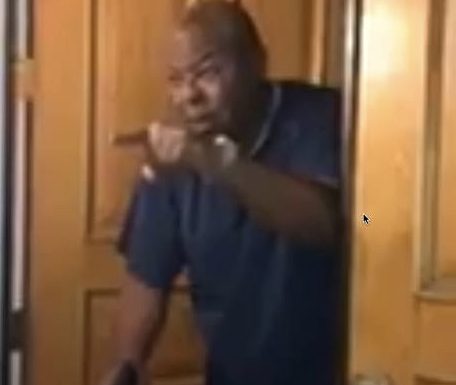 On Monday, March 2, 2020, the Los Angeles County district attorney, Jackie Lacey, caught flack after her husband, David Lacey, pulled a gun on about 50 members of Black Lives Matter, according to KTTV.

Black Lives Matter member, Melina Abdullah, told KTTV the protesters rang Lacey’s doorbell to meet with her at 5:40 a.m. A meeting had not been scheduled.

Abdullah captured cell phone video of David Lacey after he opened the door and began pointing a gun while yelling, “Get off. Get off of my porch.”

David Lacey finished the conversation by saying, “I don’t care who you are, get off of my porch right now. We’re calling the police right now.”

The Los Angeles police were called to the home, but no arrests were made.

The encounter came a day before a primary election where Jackie Lacey, the first black woman to lead the largest local prosecutor’s office in the U.S., is seeking a third term.

Jackie Lacey would eventually apologize for her husband’s actions.

Los Angeles DA Jackie Lacey’s husband pointed a gun at @DocMellyMel’s chest and said “I will shoot you.”

Is this what Lacey meant when she promised a community meeting with @BLMLA?