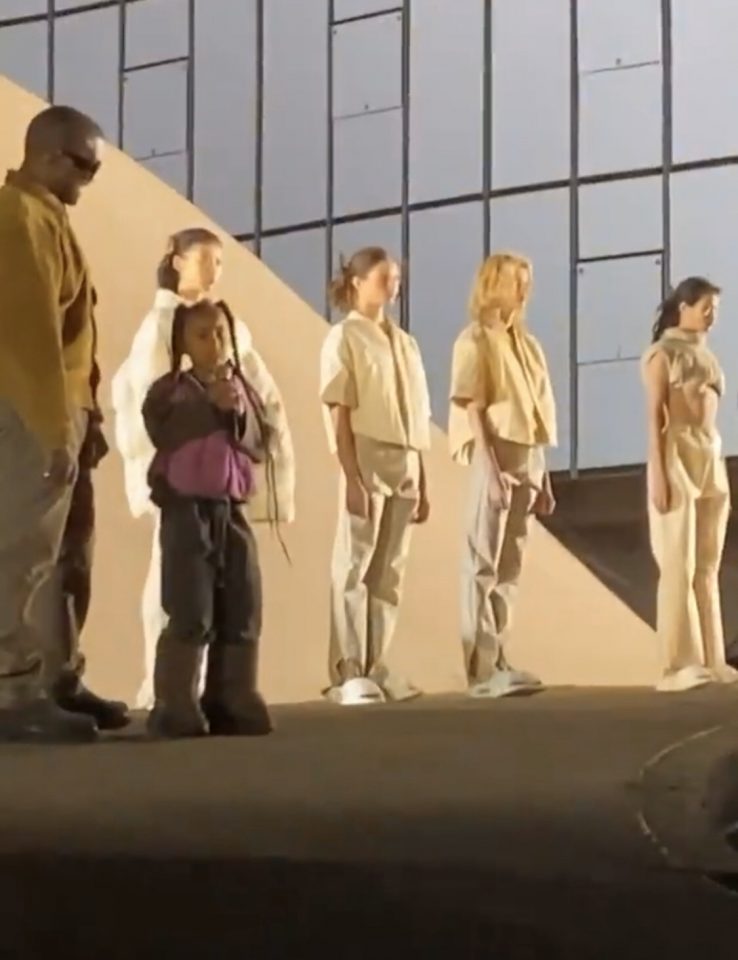 North West proved to be a big hit at her dad Kanye West’s Yeezy show on Monday, March 2, 2020, when she performed a rap on the catwalk.

The 6-year-old showed off her rhyming skills during the presentation of Kanye’s latest collection held at the Espace Oscar Niemeyer venue as part of Paris Fashion Week.

Kanye, 42, joined North on stage halfway through her rap solo and looked on proudly as she confidently performed to the star-studded audience dressed in a custom-made Yeezy bright fuchsia padded gilet.

Her rap included the lines: “I will never do bad things / Walk to the street / What are those / I have new shoes, they’re really cute.”

It was an interpretation of 5-year-old rapper ZaZa’s track “What I Do.”

Her mother, Kim Kardashian West, watched proudly from the front row as her daughter wowed the crowd.

Kim, 39, sat next to her sister Kourtney Kardashian and Kourtney’s 7-year-old daughter Penelope and shared her pride of North’s musical talents with her 161 million followers on Instagram Stories.

She said: “I’m so proud of my Northie!!!!! Her 1st performance had me in tears! She had an impromptu performance on stage at her dad’s Yeezy Season 8 fashion show! Shout out to @zazathecreator, North hopes you like the remix!!!”

Kanye’s new Yeezy collection included a lineup of monochromatic designs as well as a preview of the highly anticipated Adidas Yeezy 451 sneakers, which will be available later this year.