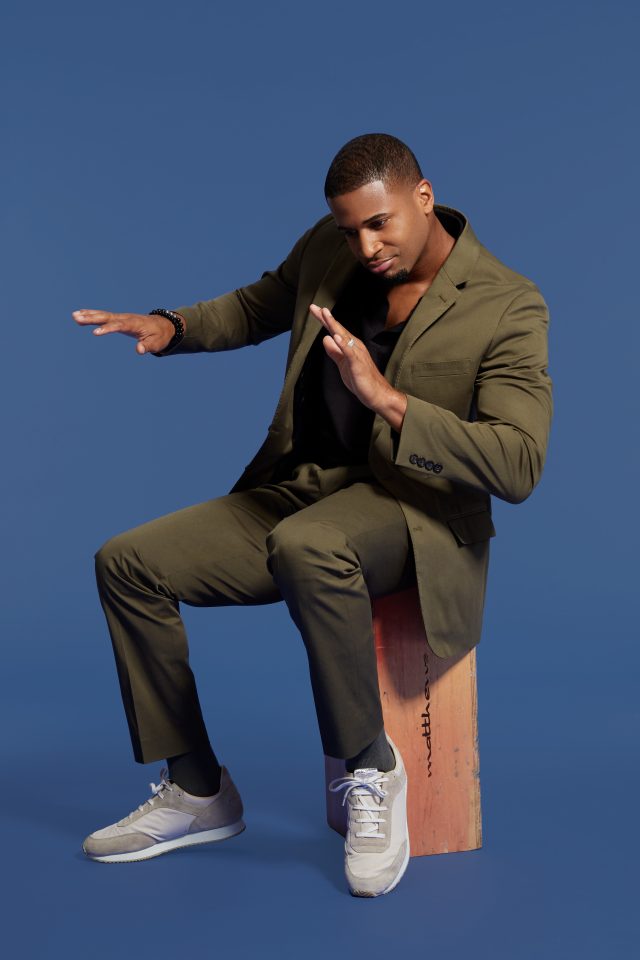 Devale Ellis is an actor and content creator best known for his funny, family-centric YouTube channel, which showcases his life with wife Khadeen and their three sons Kairo, Jackson and Kaz.

The Brooklyn native can now be seen on Tyler Perry’s TV drama “Sistas,” where he plays Zac, a blue-collar guy who has high hopes but feels unworthy of the women he dates.

Rolling out spoke with Ellis about his acting journey and working with Perry.

I’ve always wanted to act. I was one of the few kids growing up that used to go to the Boys and Girls Club to play basketball and football and go to the performing arts room. I always loved to perform, make people laugh and tell stories. I was a guy who watched the Super Bowl and then watched the Oscars. In 2002, Denzel Washington won his Academy Award for Training Day, and I said I want to do this. I ended up playing four years in the NFL and the whole goal was to make money so that I didn’t have to be a starving artist. When I retired in 2010, I pursued TV and film.

Tell us about your role in “Sistas” and how you prepared for it.

Playing Zac, it was important for me to understand what he was going through. I knew he was dealing with recidivism, meaning he was arrested for petty crimes and he was constantly in and out of prison. So, I knew he had some issues with women. I started reading about people dealing with recidivism and some of the emotional issues they deal with so that I could channel that when I played this character.