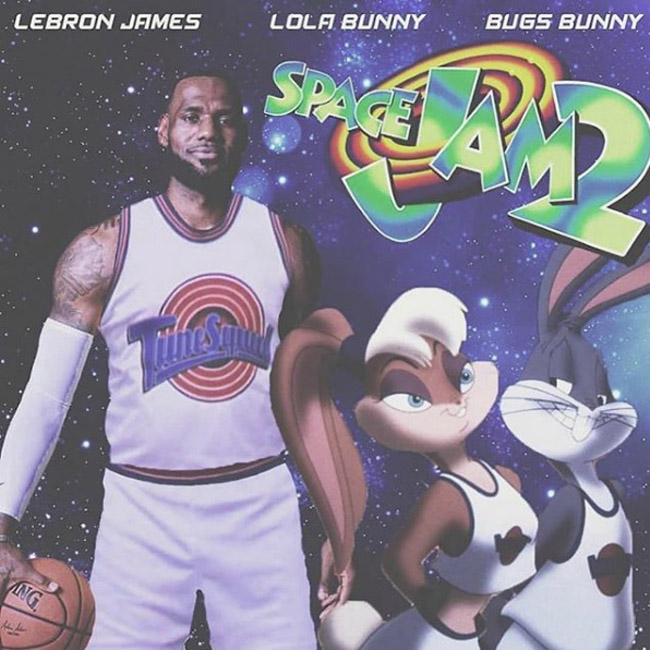 LeBron James shared an update about the upcoming release of Space Jam 2 in light of the global health crisis.

A number of movies have shelved production and pushed back their release dates due to measures to help prevent the spread of the respiratory illness, but the basketball legend believes the partly animated sequel will still hit its planned release as work hasn’t stopped.

Speaking on the “Road Trippin'” podcast, he said: “Space Jam has always been scheduled to come out in June of 2021. So we’re kind of [OK].

“And a lot of it right now is animation, so being indoors is actually great for us. So we’re still on.

“Just like everything in the world, everything is slowed down a little bit, but we’re still on target.

“I’m looking forward to it.”

The 35-year-old star admitted he would have liked the movie to be ready now so people can stream it while quarantining at home.

He added: “During this time right now, I wish we could release it right now, man, and give people some things to watch in their households. But we got until next year, next summer. We’re excited about it.”

The new film will also be a live-action and animation hybrid and will see the basketball star take over from NBA legend Michael Jordan, who appeared in the original film in 1996 alongside fellow basketball stars Charles Barkley and Patrick Ewing.

Click continue to read what James had to say about the film’s message, especially for kids.