Eric Fonville is an award-winning, patent-holding, development engineer who works in General Motors‘ virtual powertrain and electrification department at the GM Tech Center in Warren, Michigan. His career has spanned over three decades and he currently works in the areas of sealing and structural integrity of engine, transmission and battery components.

Fonville received his first patent in 2003 and is now the inventor or co-inventor of twenty U.S. patents, eight research disclosures and a tool method. His patent contributions span beyond the scope of his function and current responsibilities. His cross-functional influence includes: preventing windshield wiper icing, addressing an assembly plant installation issue, preventing turbocharger rotor imbalance and improving diesel engine emissions.

Rolling out spoke to Fonville during the 2020 BEYA STEM Conference, where he received the Research Leadership Award.

What does it mean to you to be honored for your achievements in research leadership?

I was happy with just submitting my name. To actually win is unreal. I was not really expecting to win. Engineers really don’t expect to win a lot of stuff. That’s not our forte. But to represent my company, to look at this as one of the achievements of all the work that I’ve put in through all the years, it’s very surreal sometimes; humbling definitely.

With today’s generation, career longevity is a myth. What’s your advice to millennials who may job hop?

They become a jack-of-all-trades. When someone needs the job done and a millennial says, “I can do it,” well, they’ve only been there for six weeks. They don’t know what goes on in the assembly plant, manufacturing, with the suppliers. They don’t have enough background. So with that short term of popping to the next job, they don’t get that accumulative knowledge that makes you a subject matter expert. Those are the things that are going to develop your career.

Briefly describe your 37-year journey and your current day-to-day responsibilities.

I turned down my first [offer] because it was a short-term assignment, and I told them if they found anything longer, to call me back. It took them about three weeks to call me back, and I’ve been working in analysis ever since. I really haven’t left that field. My day-to-day responsibilities include working in assembly, sealing and fastening.

After spending three decades at GM, what would you say the company’s biggest challenge is?

Our biggest challenge as a company is to get people to understand, not only are we a good automotive manufacturer, we’re also a high-tech company. People don’t understand that GM is one of the biggest innovators in the world. We created the electric starter, the automatic transmission. We put airbags in cars. We put seatbelts in cars. We were the first to do all of these things. So, we need to be seen as a technology company, where transportation is just one of our fortes. 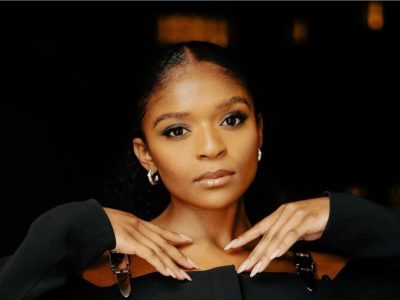