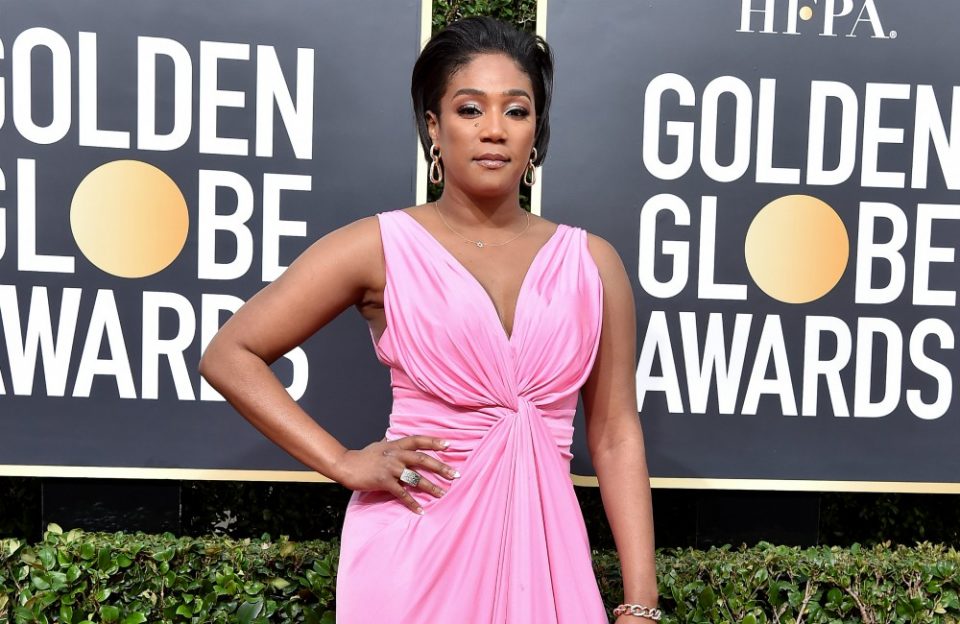 Tiffany Haddish says the Girls Trip stars may reunite for a “different story.”

The 40-year-old actress joined forces with Queen Latifah, Regina Hall and Jada Pinkett Smith for the 2017 comedy movie, and she admitted the quartet may collaborate on another film.

She said: “We might decide not to even make it Girls Trip.

“Maybe we’ll do a different story just in case no one wants to make Girls Trip 2.”

But she added to HuffPost: “Then it was like, ‘Oh, you guys want too much money.’ ”

In January, Pinkett Smith spoke about the potential of Girls Trip 2, admitting it could see the Flossy Posse head to South Africa or Rio de Janeiro.

The 2017 comedy starred Pinkett Smith, Hall, Latifah and Haddish as a reunited group of college friends who get up to no good on a work vacation in New Orleans.

Pinkett Smith — who played Lisa Cooper in the first movie — revealed they have discussed potential shoot locations for a sequel and admitted she hopes they can “work out a deal” for a second film.

She said: “We had such a good time.

“I really miss them. We stay in contact. We haven’t been able to all get together in a while, but I’m hoping that we’re gonna have this deal figured out so we can make a Girls Trip 2.

“I’m ready for more Flossy Posse, trust me. I’m ready to have some fun with my girls!”