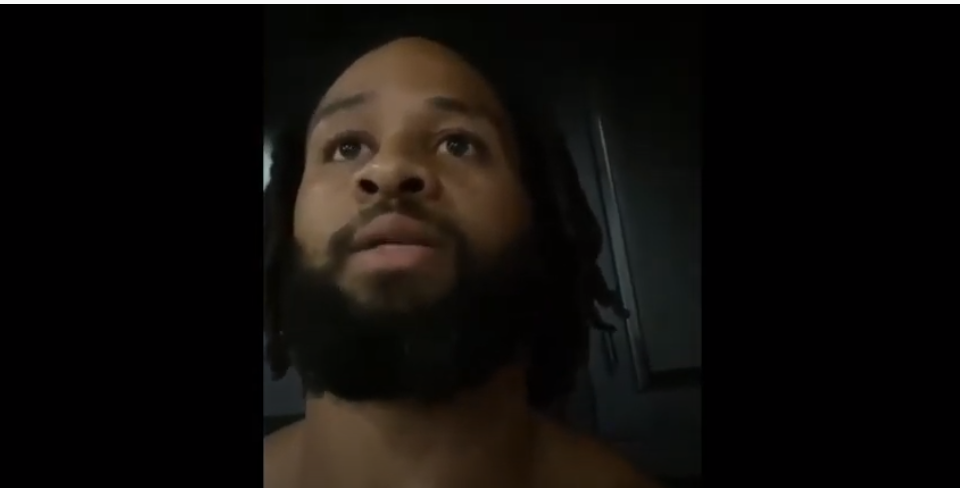 NFL superstar Earl Thomas has emerged from a scary situation that could have turned tragic after his wife held him at gunpoint and later chased him around a car with a gun and knife, according to news reports.

Thomas, who rocketed to sports fame as a member of the legendary “Legion of Boom” defense with the Super Bowl-winning Seattle Seahawks, was allegedly found in bed with other women by his wife, Nina Thomas, on April 13, 2020.

According to court documents obtained by TMZ Sports on Wednesday, May 6, Nina Thomas grabbed what she thought was an unloaded Beretta 9mm gun and busted up Earl Thomas’ cheating party that he hosted with his brother Seth.

The police affidavit states that Nina Thomas had berated husband Earl for his excessive drinking during an argument at their home earlier in the day. He reportedly had his brother, Seth, pick him up, and they took off.

Later, Nina Thomas reportedly decided to check his Snapchat and tracked his location to an Airbnb. She had called a couple of her girlfriends to roll with her to help her confront her husband.

When she busted through the door of the Airbnb, she reportedly “discovered Earl and Seth naked in bed with other women,” the police report states. She then is said to have grabbed his 9mm Beretta pistol and held it within an inch of his head, thinking it was unloaded, in an effort to “scare him.” The problem was, officers stated, that while the magazine was not in the gun, there was still a round in the chamber. A witness filmed the chaos as Nina Thomas had her finger on the trigger.

The enraged wife also punched her husband in the face while he managed to wrestle the gun away from her. When officers arrived at the scene, they reportedly found Nina Thomas chasing her husband around a car with a gun in one hand and a knife in the other.

Nina Thomas and her two friends were all arrested. She was arrested on charges of burglary of a residence with intent to commit aggravated assault with a deadly weapon and family violence. Earl Thomas was not arrested. His wife also has been ordered to stay 200 yards from him and his alleged mistress.

The couple has been married since 2016.

Check out the video on the next page to hear what Earl Thomas had to say about his prickly predicament, starting around the 45-second mark.