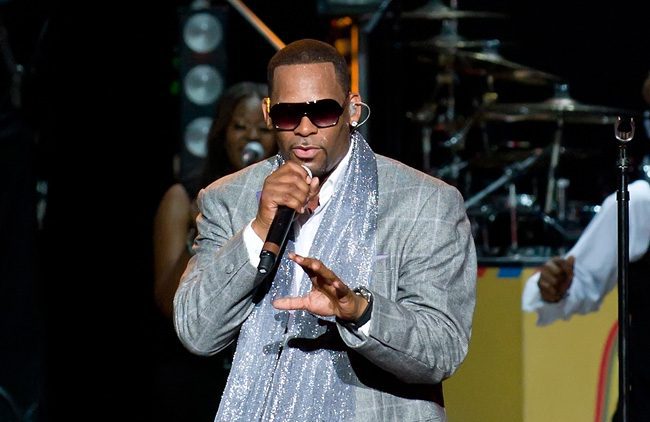 R. Kelly is trying to get out of prison confinement by any means necessary.

Embattled singer R. Kelly cited his ex-girlfriend, the late singer Aaliyah as one of the reasons he can be trusted to be released from prison until his upcoming trial.

In his third attempt to get a reprieve from federal custody in Cook County, Illinois, Robert Sylvester Kelly, 53, explained through his attorneys that he can be trusted because he will not intimidate any of his accusers.

Kelly wants to be released to home confinement out of fear that he will contract the coronavirus at the MCC Chicago.

The “Bump N’ Grind” singer maintains that he cannot engage in witness tampering or obstruction with one of his alleged victims because she is deceased. He doesn’t name her, but it is obvious that the only person that Kelly has dealt with that has died is Aaliyah.

“Jane Doe number one appears to be a deceased individual. The only other individual who has spoken or been identified regarding that allegation has been actively talking about his appearance before the federal grand jury on social media,” according to documents obtained by both TMZ and The Blast.

He also mentions former lover Azriel Clary, who has since renounced R. Kelly emphatically and even promises to come out with a tell-all video or book in the near future. Through his attorneys, Kelly states there is no way he could possibly influence Clary to reverse her stance.

“She has, since leaving Mr. Kelly, created an active, for-profit, social media presence, requesting individuals to subscribe to her Instagram and YouTube channels, where she regularly speaks of how awful he was.”

In fact, Kelly’s motion reads, according to The Blast, that “To the extent this court has previously been led to believe that there may be a risk of obstruction, the fact is that there is no one related to this case who would be the slightest bit receptive to any overture from the Kelly camp.”

The judge has yet to render a ruling on Kelly’s third request for release.