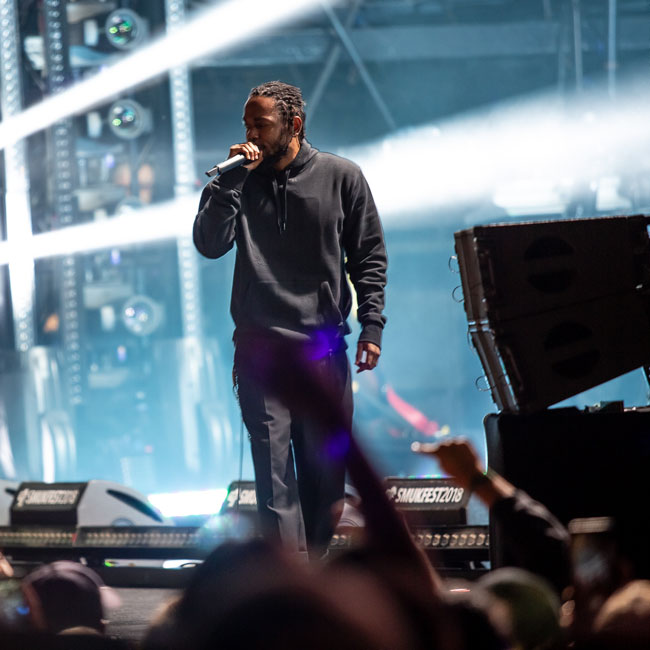 According to the hip-hop superstar’s TDE record label boss, Anthony ‘Top Dawg’ Tiffith, the “Humble” hitmaker is gearing up for his comeback during the coronavirus pandemic.

On an Instagram Live stream over the weekend, Top Dawg wrote in the comments section: “Stay patient King Kendrick will return soon.”

The 32-year-old rapper was set to headline Glastonbury and BST Hyde Park this summer, but both events have been canceled due to safety concerns and the restrictions on mass gatherings during the Covid-19 crisis.

Kendrick’s last record was 2017’s Damn, while in 2018, he released the soundtrack LP Blank Panther: The Album for the Marvel blockbuster.

In March, the Compton rapper launched a new “at service company” with frequent collaborator Dave Free.

Kendrick also posted about the new company on his Instagram page.

Meanwhile, Kendrick previously admitted he sees himself as a conduit for a message bigger than him.

He said: “I always felt like God used me as a vessel, whether to share my flaws, my intellect, my pain … [I’ve] always been a vessel. I can say the nastiest thing on record but I still feel like that’s [being] a vessel. You need to hear it. I can’t sugarcoat the reality.”

Kendrick also revealed he avoids social media reaction to his own music because he struggles to be objective when people comment on his work.

The Grammy-winning star explained: “The internet is a tricky place, man. The way our minds work and the psychological matter; we’re only going to see the good things anyway. We’re going to block out the negative things.”