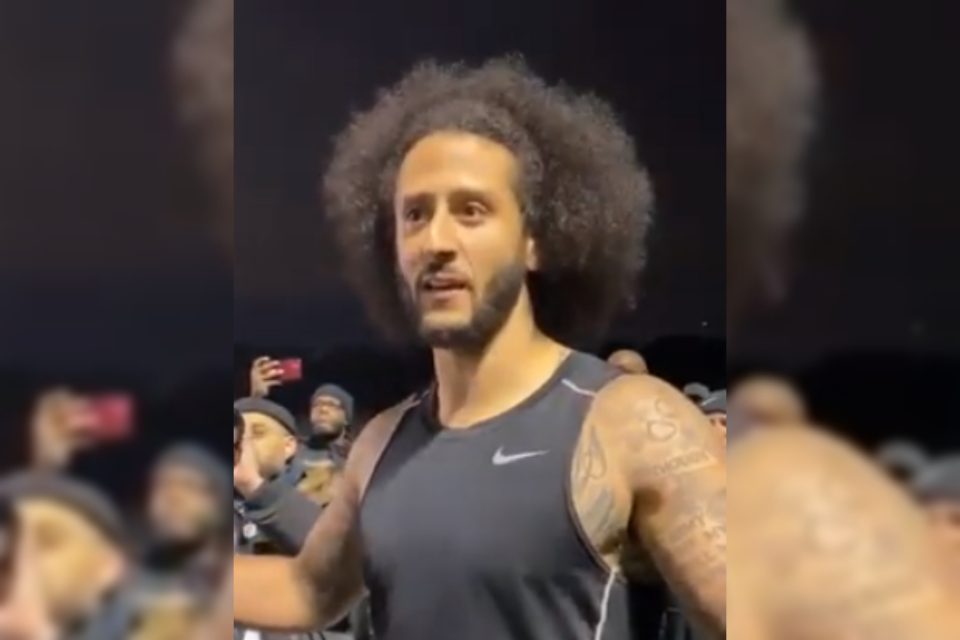 The NFL is catching heat after the National Football League Players Association listed Colin Kaepernick as “retired” on its website.

The updated listing caught the attention of Kaepernick’s girlfriend, Nessa Diab, who put the league on blast by posting it on social media Friday evening, May 22, 2020.

“Colin did NOT retire,” Diab wrote, in part, on Twitter. “You cowards blackballed him bc he peacefully protested against police brutality. He’s a Superbowl QB & should be playing bc his stats show that. (sic)”

The @NFL @nflcommish @NFLPA lying on their NFL website claiming @Kaepernick7 “retired.” Colin did NOT retire. You cowards blackballed him bc he peacefully protested against police brutality. He’s a Superbowl QB & should be playing bc his stats show that. https://t.co/UmyD5VhYwP pic.twitter.com/eUJ7LMmaiR

Kaepernick has not played in the NFL in three years. He became a controversial figure after deciding to kneel during the national anthem to protest racial injustice in America.

Although he was a Super Bowl-caliber quarterback, all 32 teams in the NFL decided not to sign him as even quarterbacks with horrific stats were given opportunities.

Kaepernick was scheduled to hold a private workout and interview session with multiple NFL teams at the Atlanta Falcons facility in Flowery Branch, Georgia, Nov. 16, 2019.

However, he changed the location of the workout hours before it was set to begin. Instead of Flowery Branch, Kaepernick decided to work out at a high school nearly an hour away from the Falcons training facility. The move upset NFL officials.

Kaepernick’s legal team has said that the NFL attempted to have the embattled quarterback sign a waiver that possibly could have prevented a future lawsuit against the organization.