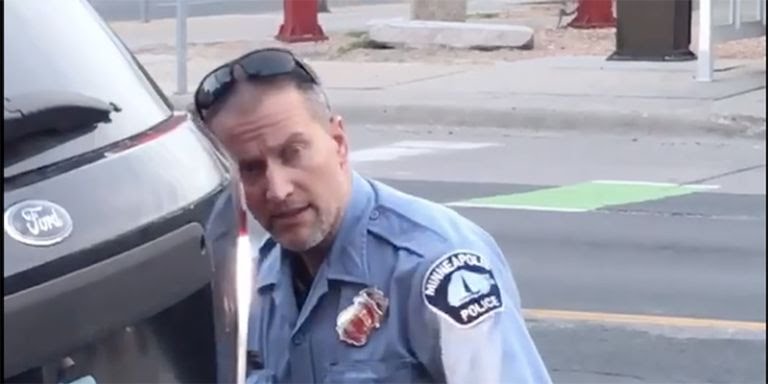 The former Minneapolis police officer who knelt on George Floyd’s neck has been arrested.

On Friday, May 29, 2020,  Derek Chauvin, who was fired after the incident, was taken into custody by the Minnesota Bureau of Criminal Apprehension, according to WCCO.

On Monday, May 25, a store called 911 about an alleged counterfeit $20 bill, which led to Floyd being arrested by Chauvin and several other officers. Video footage from a store’s surveillance camera and a witness’s cellphone captured the moments when Floyd was being taken into custody and physically restrained by Chauvin, who knelt on the Black man’s neck for more than eight minutes. Floyd was pronounced dead after being rushed to a hospital.

Chauvin, who has a history of violence against minorities, had been with the Minneapolis police for 19 years.