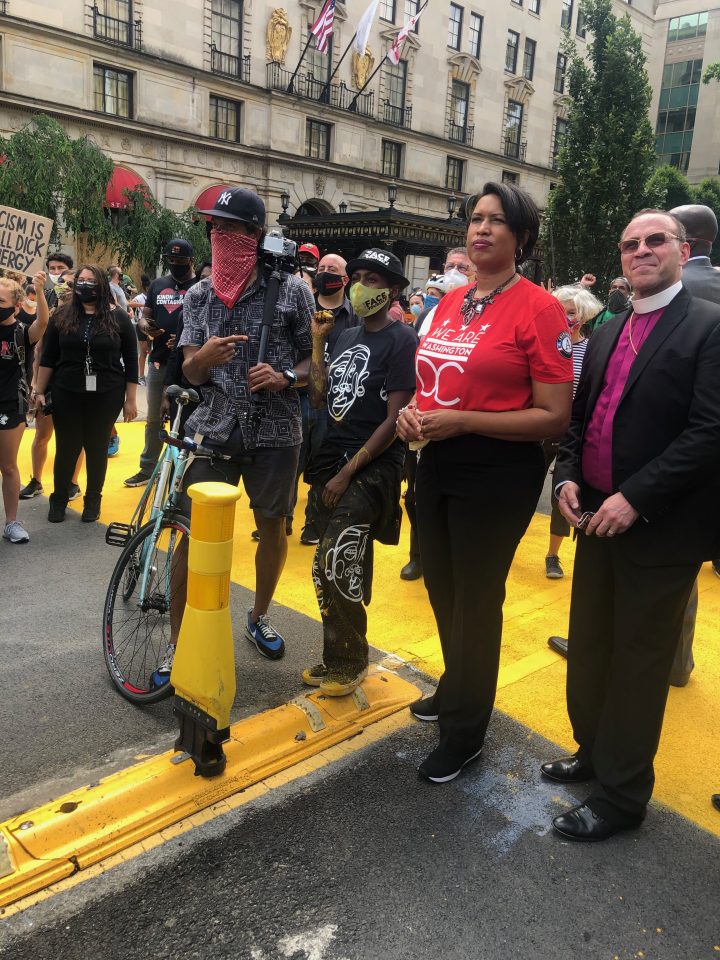 What did Mayor Muriel Bowser say to you during the reveal?

[She said], “Thank you so much for doing this. Thank you for your work.” There [are] a lot of people who are saying a lot of things. A lot of people aren’t as happy or as satisfied with the mural. They think it’s performative, they think it’s a Band-Aid, they think it was a tit for tat, a petty move toward Trump. And some of those things I believe and some of those things I think are very appropriate, even though people don’t like them. Through and through, our mayor is a Black woman. She has to share space and share ruling with President [Donald] Trump in D.C. There’s a lot of things that she’s being blamed for, that is not her. I don’t think a lot of people understand how D.C. works and how the politics work here. I commend her for doing this. I commend her for taking such a bold stand. I haven’t seen anything like it anywhere else.