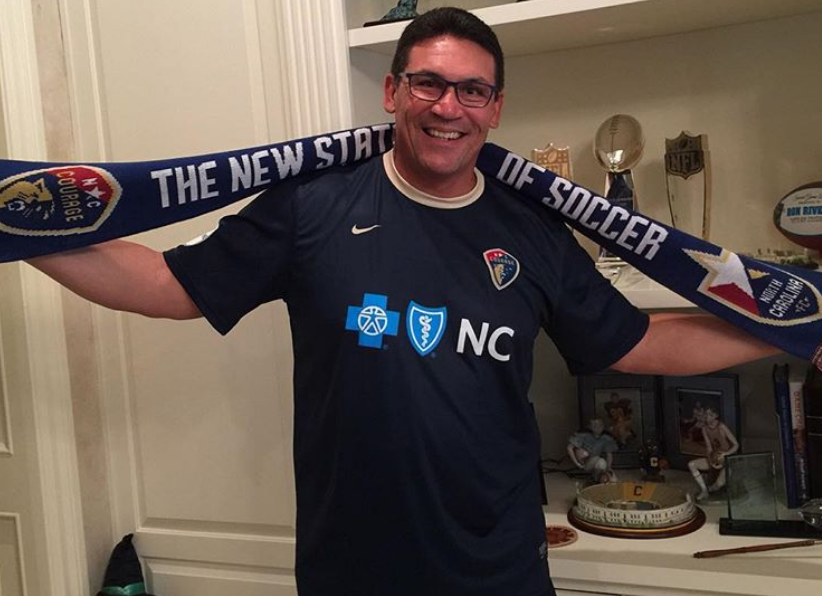 Washington Redskins head coach Ron Rivera is swimming uphill against the powerful NFL currents by declaring that he supports players who peacefully protest by kneeling during the national anthem.

Rivera is boldly bucking the nonnegotiable and unilateral stance adopted by NFL owners and Commissioner Roger Goodell that prohibits kneeling. Rivera says the players are exercising their First Amendment rights, and service members fought to defend players’ abilities to exercise their democratic privileges.

“It’s their choice, it’s their decision, and I support it because it’s in our Constitution and that’s what our military personnel fought for. For our rights,” Rivera said, according to TMZ on Wednesday, June 10, 2020.

Rivera, who was the longtime head coach of the Carolina Panthers, said he schooled himself on such inflammatory issues before he signed defensive superstar Eric Reid in 2018. Reid is a close confidante of Colin Kapernick and knelt beside Kaepernick in San Francisco in 2016 and continued that practice with the Panthers.

The head coach said he had an epiphany after devouring information about the U.S. Constitution, Bill of Rights, amendments and related material — and conversed with Reid about his perspective — so that he would be well versed on the topic.

Rivera, who is Hispanic, said that he is now an advocate of the players’ rights to peacefully protest the myriad of injustices minorities continue to face in this country.

This comes days after future Hall of Fame running back Adrian Peterson said emphatically that he would kneel during the national anthem as a way to symbolically bow to the legacy of George Floyd.