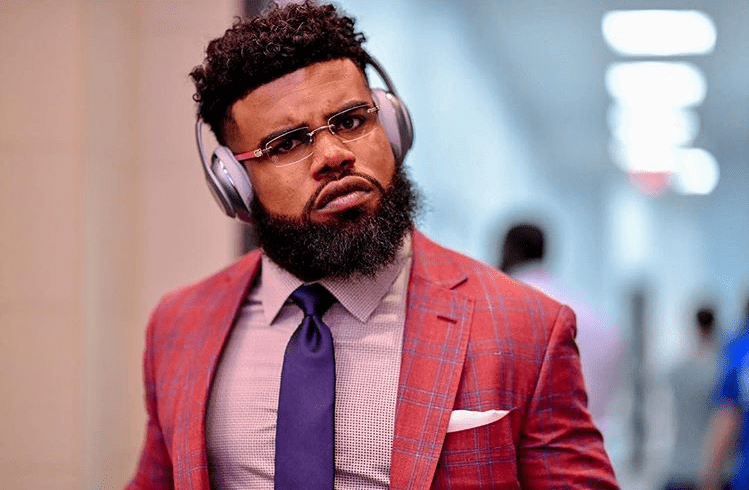 NFL superstar Ezekiel Elliott has tested positive for the coronavirus, the player’s agent confirmed to the media on Monday, June 15, 2020.

This comes as the NFL continues to manufacture the infrastructure and protocols to try to commence the 2020-21 season on time or near the regularly scheduled starting date.

Elliott, 25, a title-winning running back from Ohio State who now powers the Dallas Cowboys’ offense, is one of several gridiron stars from the Cowboys and Houston Texans who have contracted COVID-19, according to sports reporter Ian Rapoport.

Several #Cowboys players & several #Texans players have tested positive for COVID-19 recently, sources tell me & @TomPelissero. None of the players are believed to have been in their team facilities. The teams followed proper health protocols.

#Cowboys star RB Ezekiel Elliott is one of the players who has tested positive for the Coronavirus, his agent Rocky Arceneaux confirmed to me. Arceneaux said Elliott is feeling good.

Elliott did not deny that he has come down with the virus that has wreaked havoc on the entire planet, but he is perplexed as to how the information became public. He is openly wondering if the divulgement of his condition constitutes a violation of the Health Insurance Portability and Accountability Act of 1996, the federal law restricting the release of medical information.

The names of the other players with the Cowboys and the Texans have not been divulged due to strict regulations prohibiting it.

“Due to federal and local privacy laws, we are unable to provide information regarding the personal health of any of our employees,” the Cowboys said in a statement released on the franchise’s official website. “We are following all CDC, local and NFL guidelines to keep our facilities safe, including limiting employee access.”

Other players who are beginning the incremental return to team facilities should not be filled with trepidation, however, as the league had been shuttered for months. The players who have contracted COVID-19 are believed to have done so during their personal downtimes.