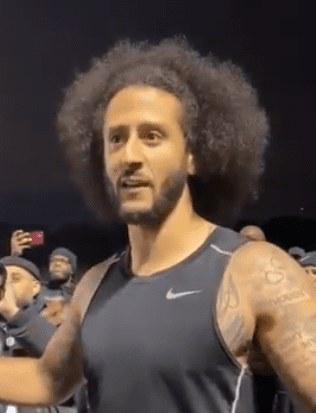 Former star quarterback Colin Kaepernick has been given his first and clearest indication that he may be able to work his way back into the NFL for the first time since 2017.

It is perhaps no coincidence that the team to put Kaepernick on its “workout list,” is coached by a Black man, Anthony Lynn, NFL.com reports. Lynn has openly supported Kaepernick’s silent and nonviolent protests — long before it became in vogue.

“I haven’t talked to him, (but) he fits the style of quarterback that we want,” Lynn said, according to NFL.com. “We’re happy with the three quarterbacks that we want, but you can’t have enough on the runway.”

The icy relations between Kaepernick and the NFL has thawed in recent weeks in light of the racial awakening the country is undergoing. There has been a nationwide insurrection in many American cities, that continue to this day, following the passing of George Floyd.

“Well, listen, if he wants to resume his career in the NFL, then obviously it’s gonna take a team to make that decision,” he in an interview on ESPN. “But I welcome that, support a club making that decision, and encourage them to do that.”