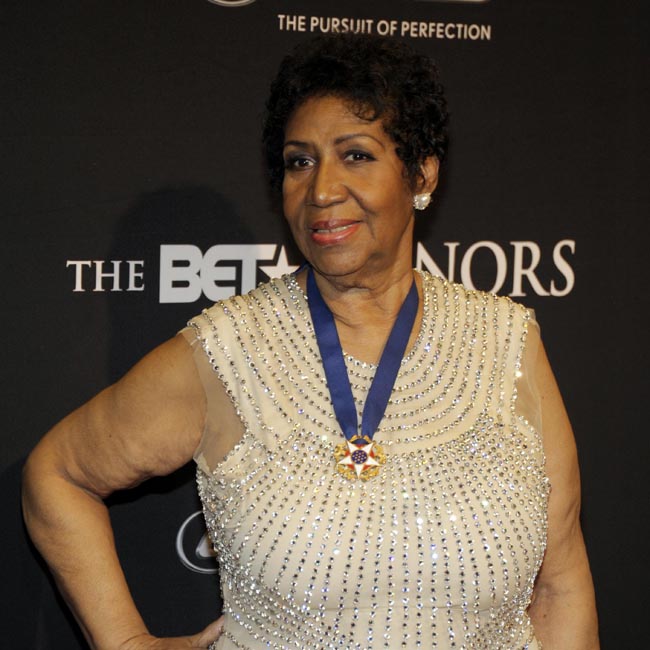 The late Queen of Soul’s powerful anthem featuring the “Deep Inside” singer was named the Best Gospel Performance at the 50th Grammy Awards in 2008.

And Sony’s RCA Records, RCA Inspiration and Legacy Recordings have released the new version on the anniversary of the day in 1865 when Black slaves learned of their freedom.

The poignant song couldn’t be more fitting following the death of African American man George Floyd — who died after a police officer knelt on his neck for almost nine minutes during his arrest in Minneapolis, Minnesota, last month — and the subsequent Black Lives Matter movement protests for racial equality.

The “Think” hitmaker sings: “You can lie to a child with a smiling face/Tell me that color ain’t about a race.”

On another verse, she belts: “My Lord, won’t you help them to understand/That when someone takes the life of an innocent man/Well they’ve never really won, and all they’ve really done/Is set the soul free, where it’s supposed to be.”

Clive Davis, Sony Music’s chief creative officer and a long-time friend of the late music legend — who died in 2018 at the age 76 — said in a statement: “The world is very different now.

“Change is everywhere and each of us, hopefully, is doing the best he or she can to move forward and make change as positive as possible.

“Everyone should hear this record.

“It deserves to be an anthem.”

The original was co-written by Bryan Adams and was featured in the 2006 movie Bobby about the 1968 assassination of U.S. Sen. Robert F. Kennedy.

“Summer of ’69” hitmaker Adams came across the solo version on his computer and it’s going to be used in the upcoming biopic about Frankin’s life, Respect — which stars Jennifer Hudson as the “R.E.S.P.E.C.T.” singer.

He added: “This solo version has been sitting on my computer for years, and when I heard Clive was making a film on Franklin’s life, I sent this version to him.

“The world hasn’t heard her full performance and it really needed to be heard.

“I’m so glad it’s being released, the world needs this right now.”