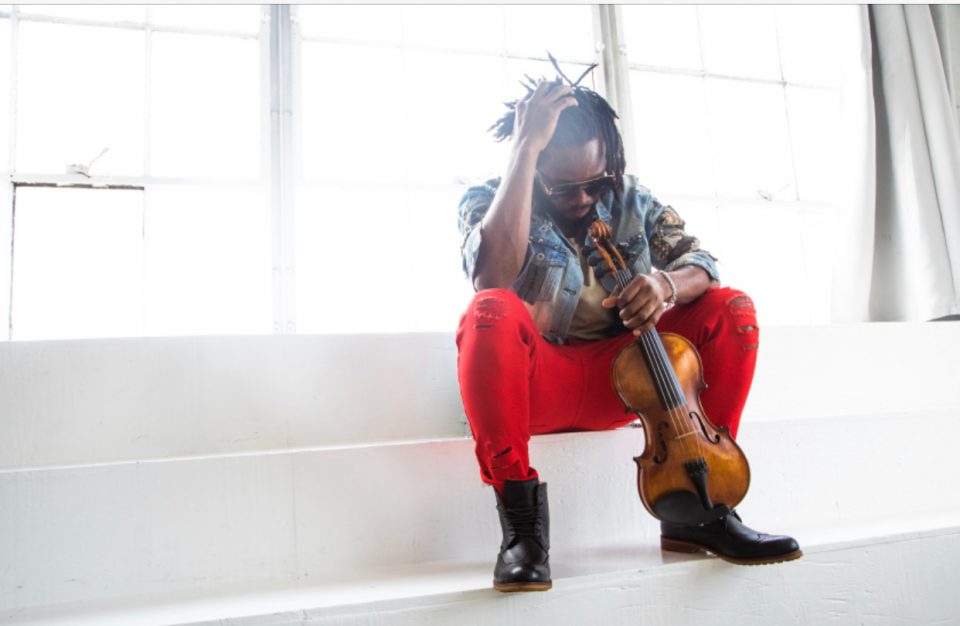 Lee England Jr. is a multi-instrumentalist, singer, songwriter and activist. England is known as the “The Soul Violinist” for his ability to flawlessly blend R&B, hip-hop and soul. His undeniable talent has garnered the attention of Quincy Jones, Michael Jordan, and Sean“Diddy” Combs. England recently led a violin vigil for Elijah McClain, an unarmed 23-year-old who died as a result of police interaction in Aurora, Colorado, in August 2019. Rolling out spoke with him about his musical activism.

Why was it important for you to participate in this violin vigil for Elijah McClain?

A friend of mine in Denver sent me a post that said that somebody was looking to create a violin visual for Elijah McClain, as we know he was a violinist. That was one of his many attributes. I felt moved immediately because I really had been feeling hopeless, and even helpless during this time as a musician because there’s this war going on and protests going on outside.

I was having a hard time with it, to the point where I was like, “Maybe I need to be doing something else so that I can be more impactful in the community.” When I saw that I was like, “This is it!” I decided right then I was going, but I needed to research it first. I watched the videos with him and the body cams on the police and then I started to listen to other conversations that were going on around it. I was like,”This is where I belong.”

I posted the flyer as a charge to all the other violinists that I know and what ended up happening, is one of my most dear violin brothers said he woke up and saw the post and immediately bought a plane ticket. I went down to Denver and it was the smoothest production I’ve ever seen. Everything came into order perfectly. What I saw and what I realized, is that you’ll always have everything that you need if everyone always brings everything that they have.