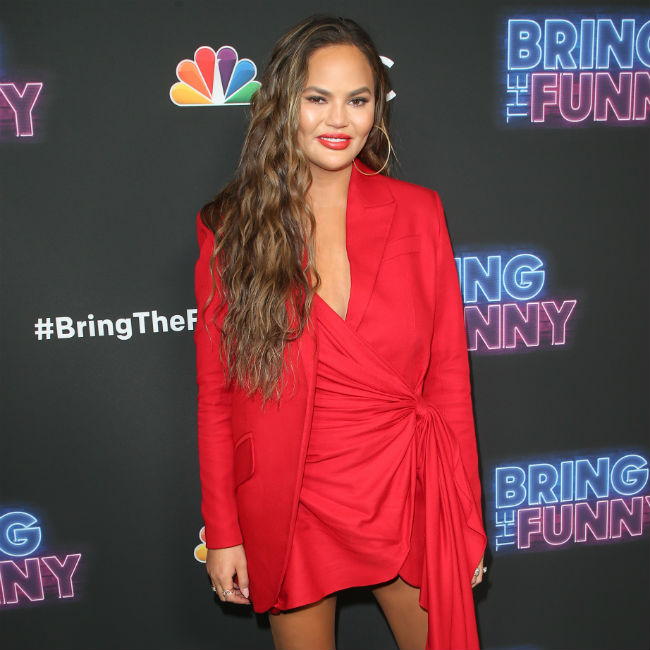 Chrissy Teigen can’t fathom why some social media users find the truth “so hard to understand”.

The 34-year-old model has hit out at conspiracy theorists on Twitter, saying she can’t understand why people question the authenticity of the photographs she posts online.

In response to one conspiracy theorist, Teigen wrote on the micro-blogging platform: “It’s from a series of photos I took on Instagram. What is with the need for conspiracy theories?? Why is the truth so hard to understand

“Sometimes I wanna go through the pics of all the qanon morons and make their same dumb—- arguments I see ALL day. “oh is your kid wearing moon pajamas? as in the 7th moon of the golden pagoda AKA satan’s favorite safe haven???????????????? (sic)”

It’s from a series of photos I took on Instagram. What is with the need for conspiracy theories?? Why is the truth so hard to understand https://t.co/IEW0qQx2VA

In response to a Twitter video showing a woman throwing her shopping on the floor of a supermarket after being asked to wear a face mask, Teigen replied: “I’m so tired of people, man. Why I started limiting my social media time. Went from 20 hours a day to 20 mins. All I can take. (sic)”

Prior to that, Teigen recommended the UK version of “Love Island” to her followers as a suitable distraction amid the coronavirus pandemic.

The star — who has Luna, 4, and Miles, 2, with husband John Legend — quipped on Twitter: “If anyone needs a break from anything, each season of love island has about 53,000 episodes (sic)”