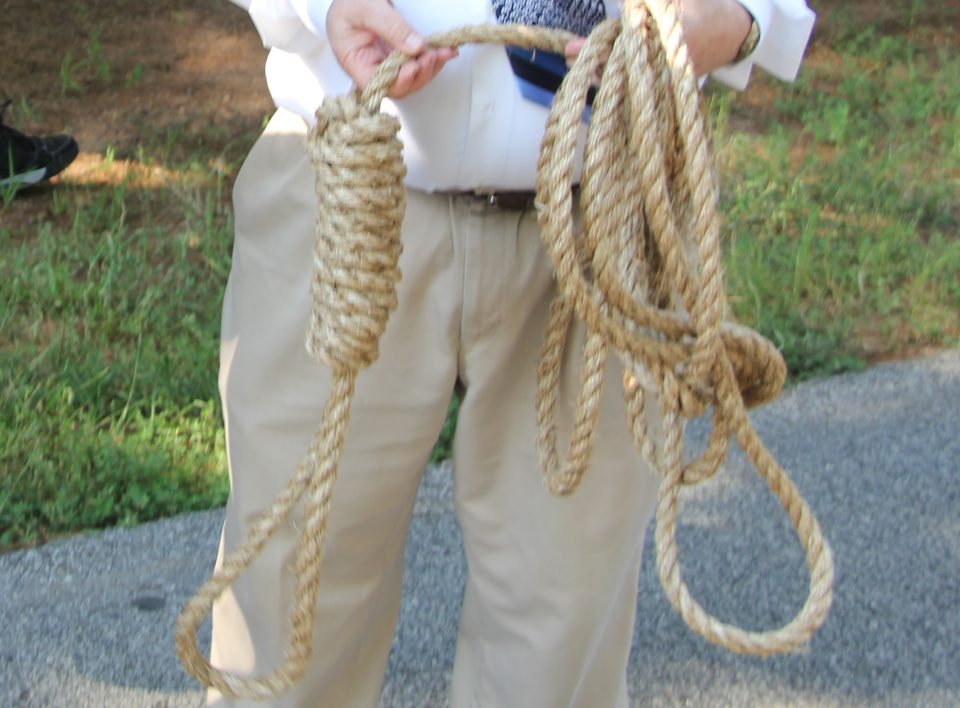 Armed White men who held a mock lynching outside the governor’s mansion in Kentucky have not been arrested or charged. However, the incident has led Kentucky state officials to issue a mandate to erect a fence around the mansion, the state’s Finance and Administration Cabinet announced Wednesday, July 15, 2020.

On May 24, a group of White Trump supporters held a rally to oppose COVID-19 restrictions enacted by Gov. Andy Beshear, according to Courier-Journal.

In a video, a group of men hung an effigy of Beshear from a tree outside the mansion during a mock lynching. The men were not arrested or charged with a crime.

Some are calling out the lack of justice after 87 people were arrested the same day after protesting in front of the home of Daniel Cameron, who serves as Kentucky’s attorney general. Cameron has yet to charge the police officers in connection with the death of Breonna Taylor, who was shot multiple times in her home while officers were executing a no-knock search warrant.

Most of the protesters were charged with intimidating a participant in the legal process (a Class D felony), second-degree disorderly conduct (a Class B misdemeanor) and third-degree criminal trespass (violation), according to Louisville Metro Police.

View video of the mock lynching below:

Racist terrorists went to Governor of Kentucky’s mansion, demanded he come out, and then simulated a lynching against his own likeness. They faced zero consequences! #WhitePrivilege #BlackLivesMatter pic.twitter.com/k124OzyUFq