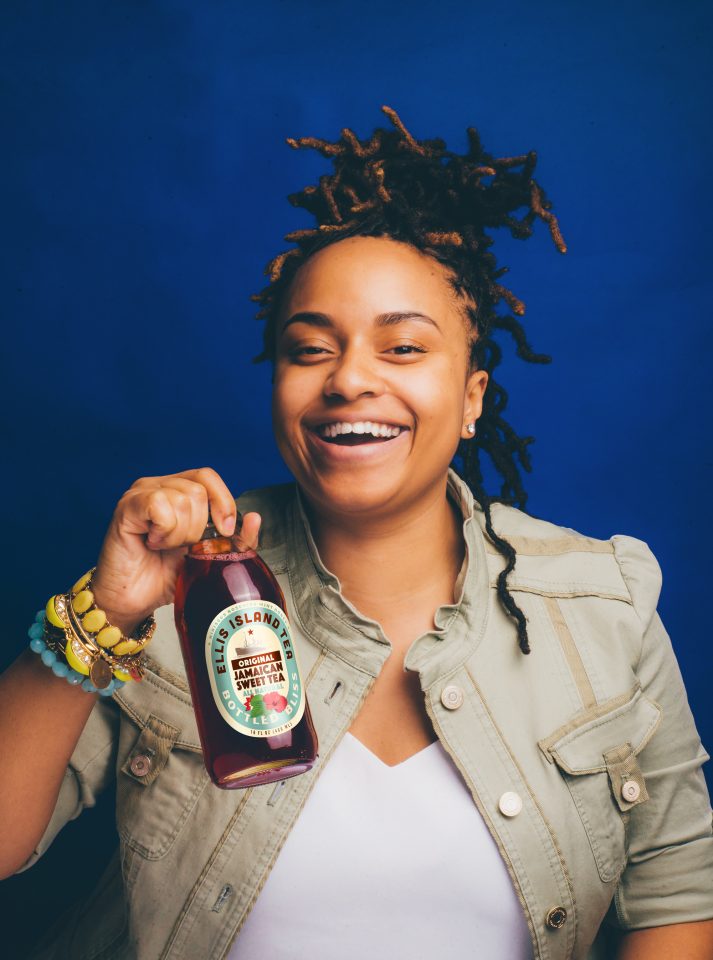 From college dropout to becoming the largest Black female beverage manufacturer in the country, Nailah Ellis is the definition of success through determination.

The Detroit native founded Ellis Island Tea in 2008 and now her products can found in retail giants like Sam’s Club and Costco and airport concessioners across the country.

Ellis has been recognized by many for her achievements in entrepreneurship. General Motors’ African Ancestry Network honored her with its Entrepreneurial Spirit Award, she won BET’s Queen Boss business competition and she was named as one of Forbes 30 Under 30.

Rolling out caught up with Ellis, who recently secured a partnership with actor and comedian Kevin Hart.

What inspired the creation of Ellis Island Tea?

This recipe was passed down by my great grandfather, a Jamaican immigrant. He came to America through Ellis Island in the early 1900s. He was head chef for Marcus Garvey Black Star Line, and when he came over, he ran one of the largest catering companies in the Bronx [in New York City]. His instruction for the recipe was for it to be sold and not told, which means put it on the market. It stayed in the family for years and got passed down generation after generation. I’ve always wanted entrepreneurship, so when I left school, I said, “This could be my ticket to entrepreneurship.”

Continue to the next page to read how she forged a partnership with Kevin Hart and more.