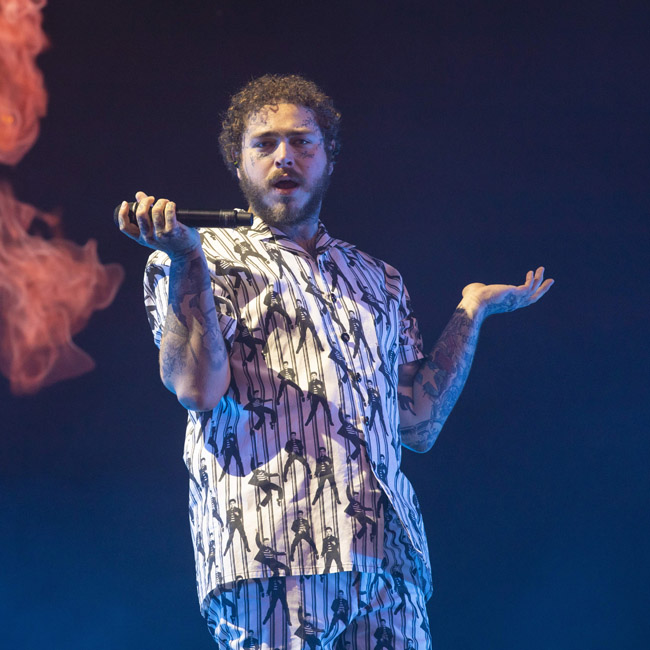 The “Circles” hitmaker has been spending his time in lockdown working on his follow-up to 2019’s acclaimed LP Hollywood’s Bleeding and explained that he’s been trying to turn the “darkest of times” into “something beautiful” with his new tunes, which he teased are “the best” he’s made so far.

Speaking to WSJ Magazine, Malone teased that he’s “just vib[ing]-out and [seeing] where my brain takes me — this has been a perfect time to make music, and to write songs about what’s going on currently.”

He continued: “I’m working on an album now. There’s so much to say in these times that will give people hope and hopefully uplift people’s spirits. Because it’s a dark time in America. It’s a dark time in the world.

“Honestly, for a songwriter to be in the house all day is a blessing and a curse. In the darkest of times I’m just trying to make something beautiful out of it.”

The 25-year-old star couldn’t be more proud of the stuff he’s working on with his team as he really tried to push himself outside of his comfort zone.

He added: “I wanted to take more steps outside of my comfort range and make music that I think — to me — is some of the best I’ve made.

“And I probably say that every album cycle, but for me it feels so special. I want to make an album that will uplift and show that people are not alone in their times of loneliness and worry and that at the end of the day we all just need to show love to everyone on the planet and figure things out.

“So we’re working pretty hard, and I think we’re making some incredible stuff.”

Meanwhile, Malone has been working with Blink-182 drummer Travis Barker during the pandemic.

The latter revealed in May: “Yeah, I’m actually talking to you from my bus.

“I’m going up to Salt Lake to just write for a week with him.

“Just jam and have fun.”