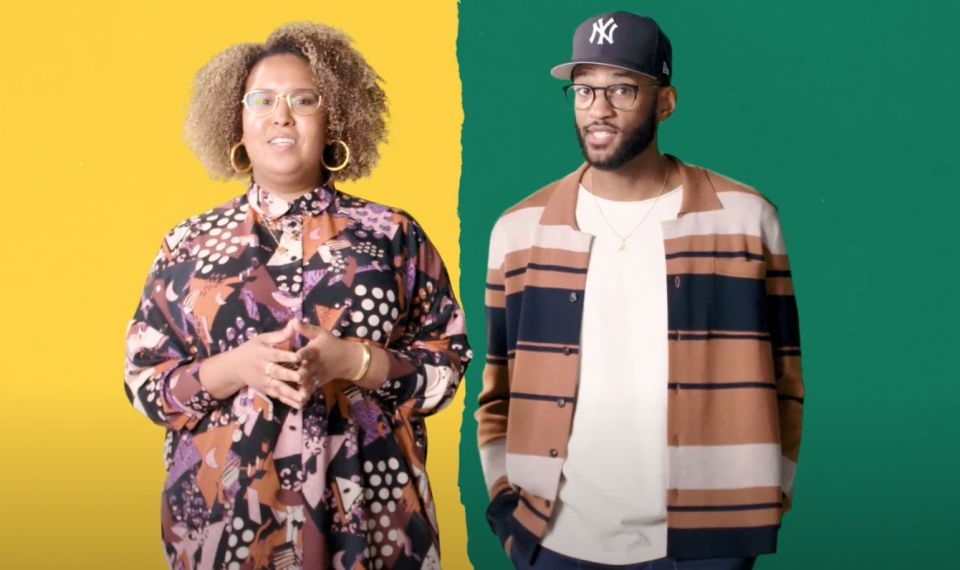 Brittany Luse and Eric Eddings of Quibi’s “The Nod.” (Photo courtesy of YouTube.com/Quibi)

Brittany Luse and Eric Eddings never envisioned a chance meeting would eventually lead to co-hosting a show. Meeting 15 years ago while students at Howard University, the duo began chatting and haven’t stopped. After projects jointly and separately, the pair now hosts a four-day a week show on Quibi called “The Nod.”

Rolling out caught up with the duo to pull back the curtain and learn how they make it all fit into an eight-minute show; not to mention who’s on their wish list of future guests.

Reflecting on your early conversations at Howard, when did you know co-hosting was the move you wanted to make?

Brittany Luse: We both ended up living in New York. So we would meet up, hang out for dinner or a drink and talk for hours. In 2013, after drinking for six hours, Eric said, “We should start a podcast,” and I said no. After some false starts in 2014, we started our first independent podcast together for college nerds. We sometimes refer to it as “conversations Black people have when people aren’t there.” In 2017, we got word that Quibi would be interested in seeing how we approach a short-form daily visual show. It’s just the chance. It’s like just another opportunity for us to expand our storytelling. So it’s been a road.