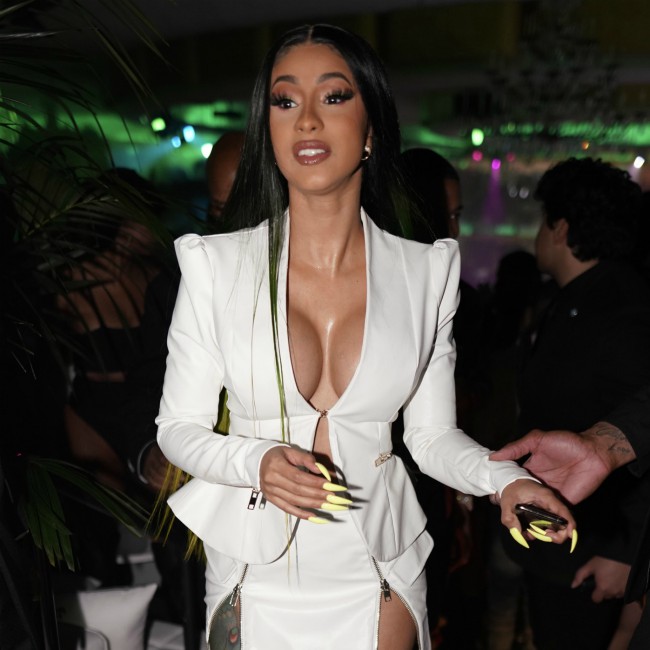 Cardi B spent $100,000 on coronavirus tests ahead of shooting her new music video.

The 27-year-old rapper appears in the “WAP” video alongside stars like Megan Thee Stallion, Kylie Jenner and Normani, and Cardi has now revealed the eye-watering sum she paid to ensure the video could be filmed amid the ongoing pandemic.

She shared: “It was kind of weird shooting the video in the age of corona.

“Like, we had to spend $100,000 dollars just on testing. Everybody on the shoot had to get tested for coronavirus.

“We had a tiger and a leopard there, but we didn’t film with them in there because of safety and because of the pandemic. We spliced those scenes together.”

The song has provoked a negative backlash from some critics, who have described it as vulgar.

And Cardi has admitted to being surprised by the reaction to the track and the eye-catching video.

She told i-D magazine: “I’ve been really surprised by the reaction, honestly.

“I knew it was gonna have a big impact, I guess, because of me and Megan. But I didn’t know it was going to be so controversial.

“I never expected that, you know, conservatives and Republicans were going to be talking about the song. I didn’t think the song was as vulgar as they said it was, you know?

Despite this, Cardi isn’t actually concerned about the criticism at all, admitting the publicity is good for her record sales.

She said: “It doesn’t make me angry.

“It makes me happy. They keep talking and the numbers keep going up. At the end of the day, whatever they’re saying, the numbers speak for themselves.”