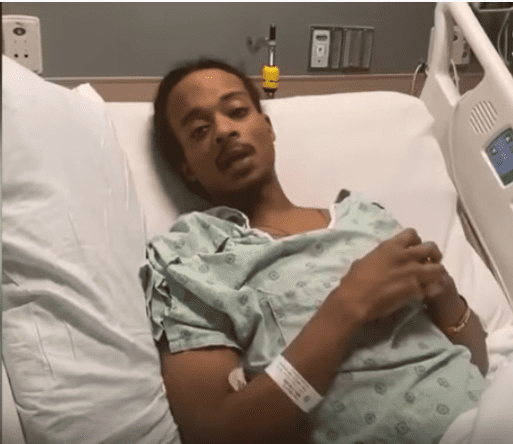 Jacob Blake, who was paralyzed from the waist down after he was shot in the back seven times by a Kenosha, Wisconsin, police officer on Aug. 13, 2020, delivered an inspiring speech from his hospital bed.

The father of six children was speaking with his family attorney, Benjamin Crump, who posted the video from Froedtert Hospital outside Milwaukee, on Instagram story.  “#JacobBlake released this powerful video message from his hospital bed today, reminding everyone just how precious life is.”

Blake, who was shot in front of his three sons, implores viewers to make positive changes in their lives so the whole community can move forward.

“I just want to say, man, to all the young cats out there, and even the older ones older than me, it’s a lot more life to live out here, man. Your life and not only just your life, your legs, something that you need to move around and move forward in life, can be taken from you like this, man,” he says in the video, broadcast by CBS News.

Blake also provided a poignant and heart-wrenching testimony about the pain he feels as he tries to recover from the multiple injuries and subsequent surgeries.

“Please, I’m telling you, change y’all lives out there,” Blake admonished fellow Black Americans. “We can stick together, make some money, make everything easier for our people out here, man, ’cause it’s so much time that has been wasted.”

Continue to the next page to listen to Blake’s testimony in full.