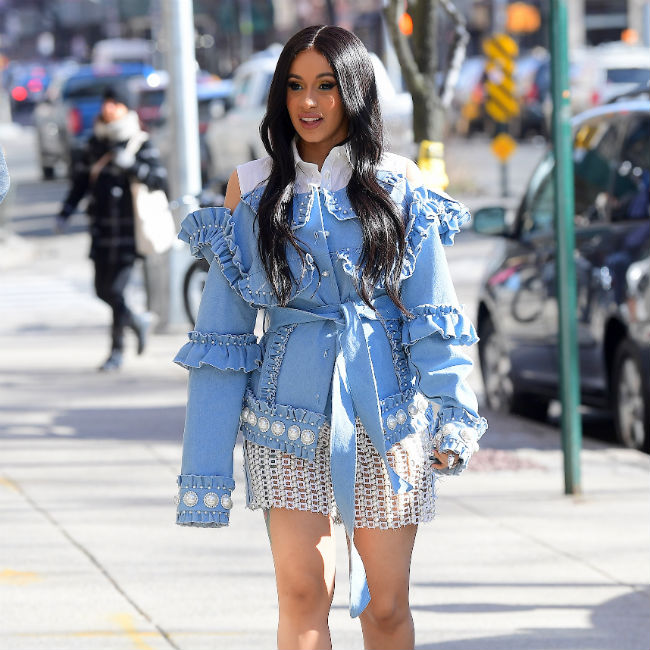 Cardi B says her “DMs are flooded” with dating offers.

The “WAP” hitmaker recently split from her estranged husband Offset — with whom she has two-year-old daughter Kulture — and has insisted she’s been inundated with offers from various men who want to take her on a date, although she isn’t interested in any of them.

She said: “I could date any man I want. My DMs are flooded. I don’t actually want to date nobody. I’m so focused on my business that it’s crazy.”

Cardi also opened up about her ongoing divorce and said people “cannot hurt” her feelings by bringing up the split because she’s the one who ended things.

And despite seemingly blasting Offset, Cardi then assured fans she “doesn’t have a bad relationship” with him.

She added during a live video on her OnlyFans account: “I don’t have a bad relationship with my baby father. At all. I don’t have no hatred towards him. And I don’t wish him nothing bad and I know that he feels the same way about me.”

The news comes after the 27-year-old rapper recently insisted during an Instagram Live that she had “not shed one tear” over her breakup.

She said earlier this month: “I want to say thank you so much. However, like, I don’t really need it. I’m okay. I want to let you know I have not shed not one tear.”

Cardi also said she and the Migos rapper called time on their relationship because they were constantly arguing.

She said: “I just got tired of f—ing arguing. I got tired of not seeing things eye to eye. When you feel like it’s not the same anymore before you actually get cheated on, I rather just be … you know what I’m saying? Like, I’m tired of people.”