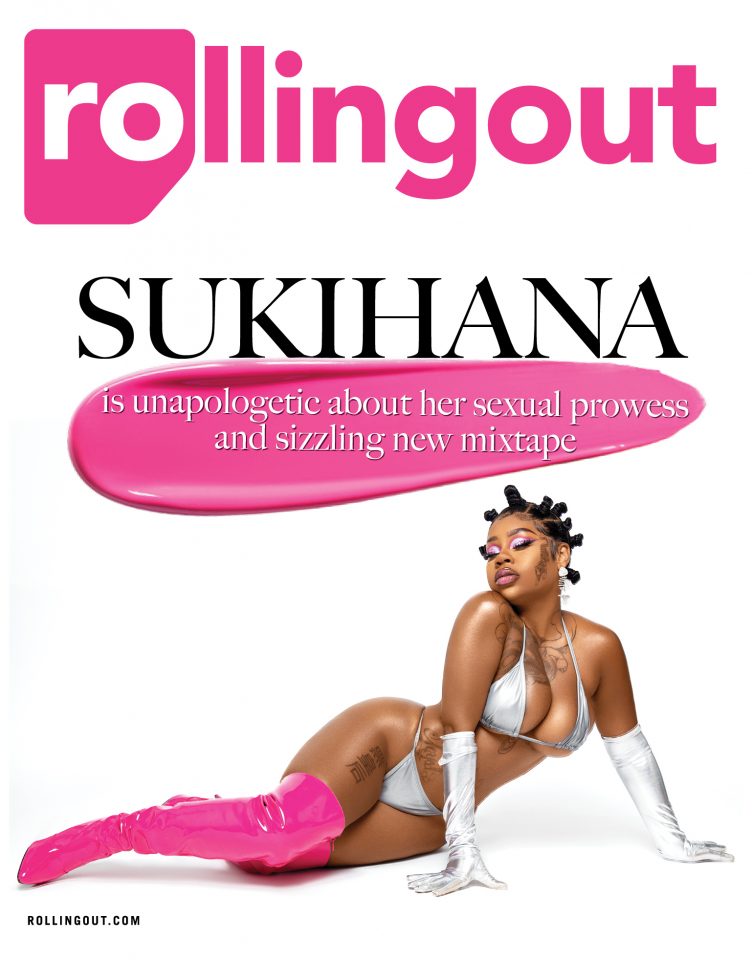 Sukihana will never apologize when it comes to embracing a part of her body that can serve as a vessel of life.

“I am going to sing about this cat because this cat is worth it,” the Wilmington, Delaware-raised rapper brazenly said during a recent interview with rolling out.

After appearing in the video for Cardi B and Megan Thee Stallion’s controversial hit single “WAP,” Sukihana found herself in the middle of a media firestorm that even caused several politicians to respond.

Several Republicans panned the video’s overtly sexual images that include scantily clad women and references to sex. Republican politician James P. Bradley from California blasted the content in the video by tweeting, “The WAP made me want to pour holy water in my ears and I feel sorry for the future girls if this is their role model.”

Although Sukihana only had a cameo in the “WAP” video, she has faced similar backlash for her songs such as “Yous a H–,” and “All in Your Throat.” Her most recent mixtape is daringly titled Wolf P—-.

Sukihana believes that some men want to control women’s sexuality because of the history of women being treated as second-class citizens.

“When it comes to women, we always get backlash,” Sukihana said. “But we’re just promoting sexual liberation and female unity. Whether men want to accept it or not, we’re all coming together. We’re all here on Earth because of sex. I don’t care about the backlash. I have tough skin. The politicians were mad at this video saying, ‘these people aren’t good for our generation.’ But I don’t think politicians are that good either. Black women are becoming successful entrepreneurs and business owners. A lot of people can’t take that.”

Sukihana says that she developed her brashness as a youth in Wilmington where she attended a Swahili charter school, Kuumba Academy. She believes the school gave her a sense of pride at an early age.

“I always had a big personality,” she revealed. “I went to a performance arts school where I learned ballet and hip-hop dance. The things we learned from that all-Black school gave us confidence. After a while, it made me be happy about who I am. It feels good to be liberated.

“Growing up, there are a lot of people who would like to put you in a box. But I knew that I never belonged in a box. Once I showed people what I had to offer, I became famous. Once I left certain people, the universe gave me what I deserved when I was ready.”