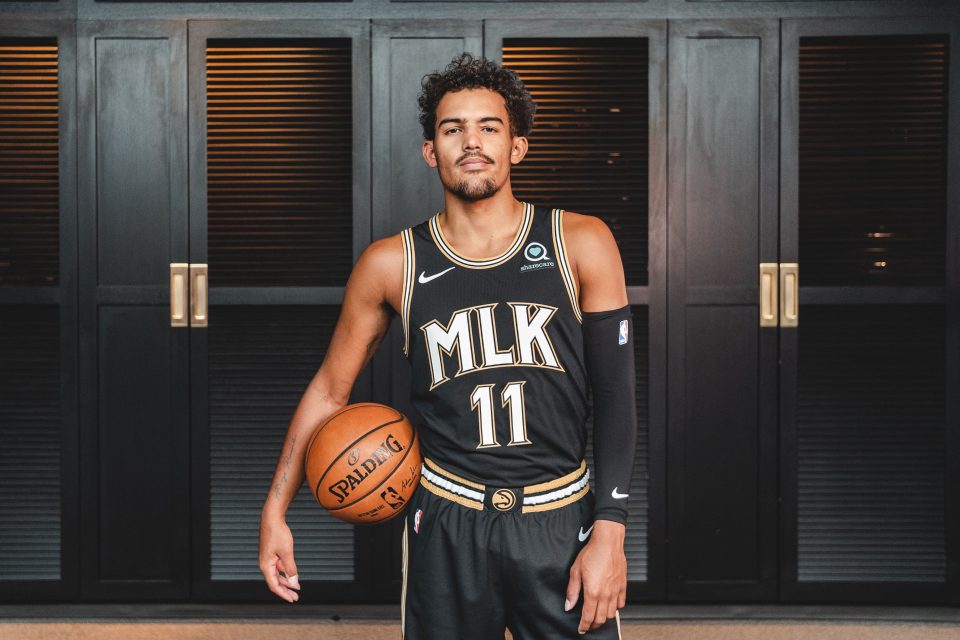 The NBA has made a point to promote racial equality. Following the uprising that occurred after the killing of George Floyd, the league permitted players to wear powerful statements, such as “Black Lives Matter,” “Vote” and “Equality” on the back of each jersey.

The King estate, Atlanta Hawks, NBA, and Nike have teamed up to introduce the MLK Nike City Edition uniform. With the new addition, it becomes the first time in NBA history that a team has used a person’s initials on a jersey.

The uniforms pay homage to King beyond the lettering alone. It also features a black, gold and white colorway that is a nod to King’s membership in the first Black Greek fraternity, Alpha Phi Alpha Fraternity Inc.

The stars on the side of the shorts represent 22 of the 29 times Kings was jailed was arrested in his quest for equality.

“It is an incredible privilege to be able to represent the legacy of Dr. King, one of Atlanta’s native sons and one of the nation’s most transformative leaders,” said Melissa Proctor, the Hawks chief marketing officer. “His message of equality, nonviolence and justice is as relevant today as it was in the ’60s, and we are proud to not only help educate legions of young fans about Dr. King’s work but empower them to pick up his mantle and embody the change they wish to see in their communities. We are honored that the King estate would entrust us with these powerful initials.”