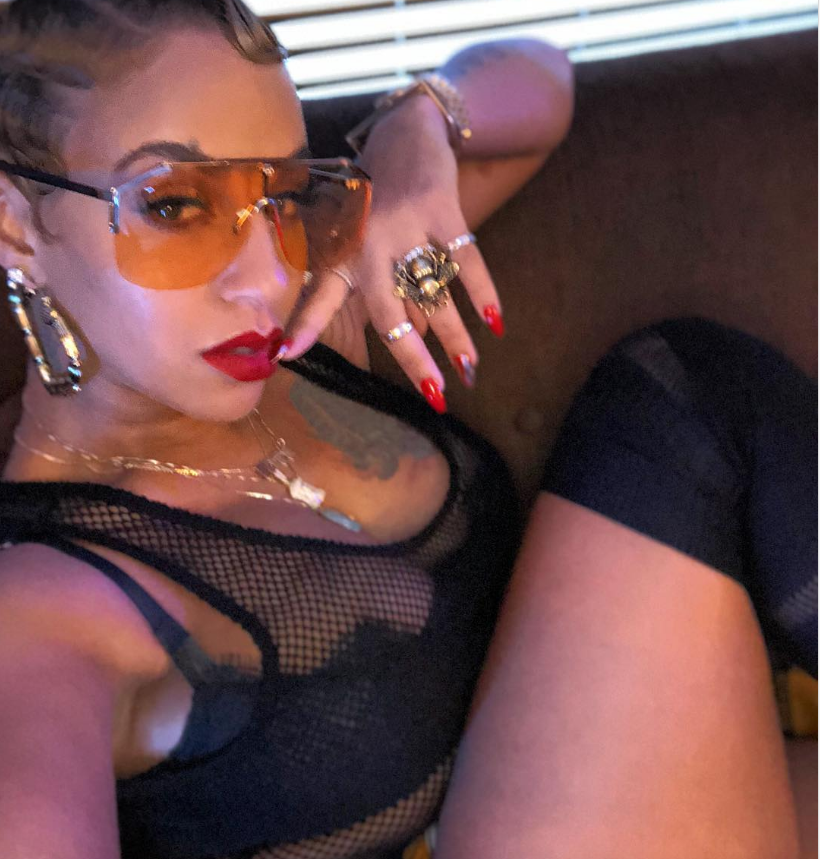 Ne-Yo’s wife Crystal Smith felt compelled to clamp down on the backlash she received after a titillating bikini-clad lap dance she performed for her husband’s birthday.

Ne-Yo, 41, whose given name is Shaffer Chimere Smith, was bringing in his born day on a yacht at an undisclosed vacation locale with members of his crew. As the top-shelf libations were consumed, things began to get a bit raunchy aboard the R&B crooner’s boat.

While Camp Lo’s “Luchini” song wafted up into the ocean air, Smith began mounting her husband suggestively in a tiny tangerine bikini.

Later, outfitted in a thong that amounted to little more than dental floss, the two got entangled in more lascivious activities. A number of observers were offended by their public display of affection and let them know it.

Smith took note of some of those comments about her and Ne-Yo’s yacht party and decided to address them head-on:

“You b—-es are weird and you dudes too! That’s my whole husband,” Smith wrote on her Instagram story, according to Bossip. “And if I wanna dance on him and he post it so TF what WE ARE MARRIED! In the eyes of God I shoulda did MORE. FOH with tha judgements you wish it was you b—-.”

Ne-Yo and his wife, who were separated for several months before getting back together during the nation’s shutdown, said the global health crisis and subsequent sequestration actually was a hidden blessing.

“The whole quarantine thing was kind of a blessing. Before the quarantine happened, we were definitely talking divorce,” he said, according to Bossip, “and the quarantine forced us to sit still, block out the noise from the world — you know the world can get very, very loud, and we tend to let the world’s opinion mean more in certain situations than it should.”

Flip the page to see the birthday lap dance that had everybody talking.