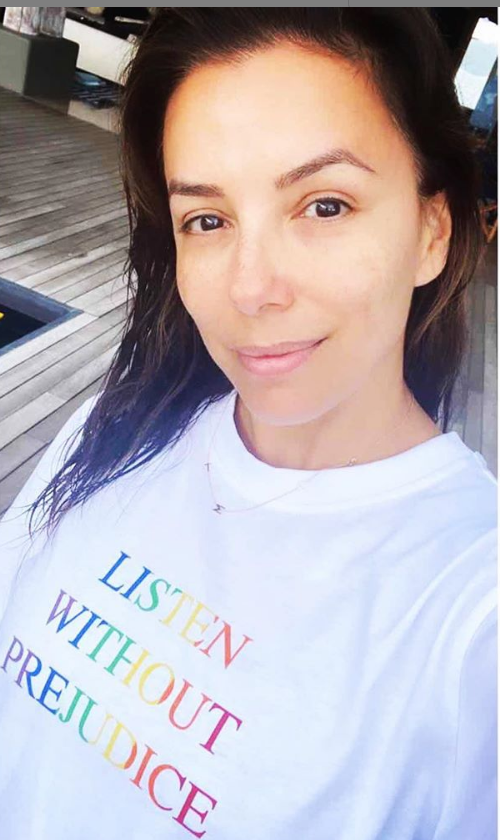 Eva Longoria got blistered online for saying Latinas “are the real heroines” who pushed President-elect Joe Biden and Vice President-elect Kamala Harris past the finish line on Saturday, Nov. 7, 2020.

The 45-year-old actress, activist and restaurateur, best known for her award-winning role in the TV drama “Desperate Housewives,” acknowledged that Black women played an invaluable role in the successful Biden-Harris presidential ticket.

“Mostly people of color,” she said. “The Black and brown communities delivered for Biden.”

But it was later in the conversation that Longoria suggested Latinas were most important to Biden’s win.

“Of course you saw in Georgia what Black women have done, but Latina women we the real heroines here, beating men in turnout in every state and voting for Biden-Harris at an average rate close to 3 to 1,” she said.

“Women of color showed up in big ways. Of course, you saw in Georgia what Black women have done but Latina women are the *real* heroines here.” – Eva Longoria, what?pic.twitter.com/8m8aFd0ZnT

Some Blacks were perturbed and disappointed with Longoria after the interview, which can be crystallized with this tweet out of many:

Seeing that her intent was misinterpreted, Longoria took to social media to apologize for the verbal faux pas and clarify what she really meant in the tweet below:

Longoria did receive support from her celebrity friends, which can be viewed on the following page.