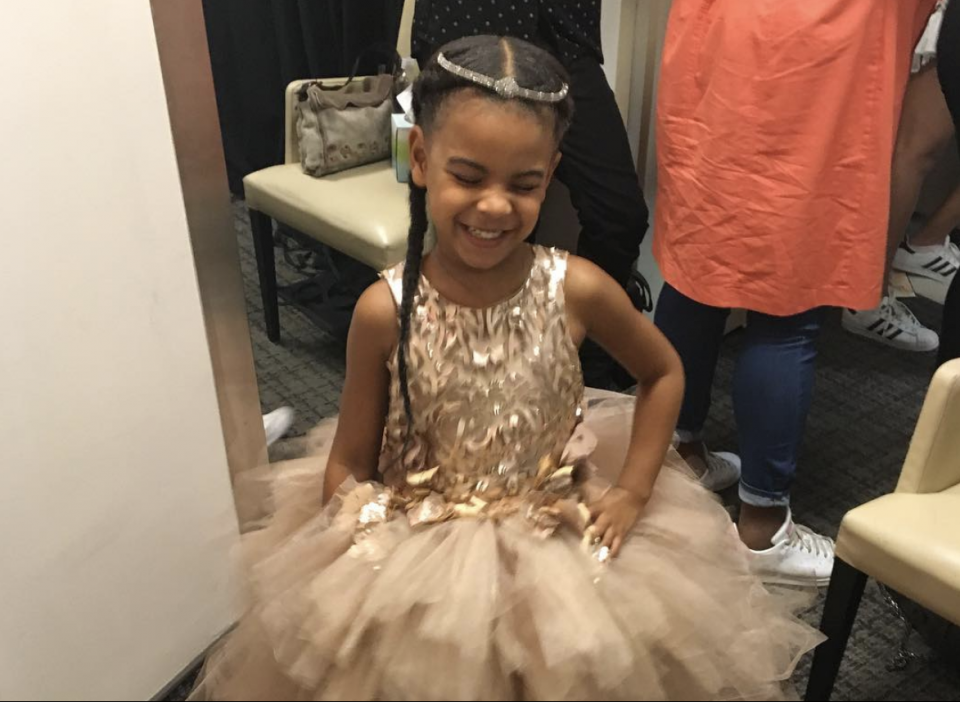 Blue Ivy, the daughter of megastars Beyonce and Jay-Z, provided voiceovers from her talent repertoire and she displays them for fans for Hair Love by Matthew A. Cherry.

Cherry let the world know that Blue Ivy, who is known by her first name at just 8 years old, would narrate Hair Love when he tweeted out the link to a clip that fans can view below.

The audiobook is the companion piece to the short film of the same name that discussed how a Black father learned to style his daughter’s hair. The short took home an Oscar at the 2020 Academy Awards in February.

Blue Ivy is no stranger to the spotlight and awards. Last year, the budding superstar won her first BET Award for collaborating with Beyoncé on the blockbuster single “Brown Skin Girl.”