Regina Hall is now a household name among urbanites after starring in a steady string of successful blockbuster movies over the past decade or so. Because of her youthful exuberance and appearance, some fans are surprised that Hall just turned 50 on Saturday, Dec. 12, 2020.

Yes, it took a minute for the comedic actress to rise to the level of being considered a bona fide industry superstar. But now she is comfortably perched high in Hollywood’s strata after starring in a multiplicity of renowned films such as Girls Trip, Think Like a Man franchise, Scary Movie franchise, The Best Man franchise, Love & Basketball, About Last Night, Barbershop: The Next Cut, Paid in Full, Law Abiding Citizen, First Sunday, King’s Ransom, Disappearing Act, “Insecure,” and many others.

To celebrate making it to the half-century mark, the seemingly irrepressible and incandescent Hall got with her crew to hang out at an undisclosed location, got into her seductive one-piece bathing suit, poured the adult liquids and even produced a saucy home video that has fans laughing.

“Because laughter keeps you forever young I wrote a special song for a special Birthday,” Hall said to her 2.5 million Instagram followers. Thank you to my amazing co-stars @[email protected]@[email protected] for celebrating and singing with me! And thank you to @melvingregg for shooting, directing and editing the video. Shout out to @natandalex and @xobarbodi for assisting.”

Hall received a lot of birthday love for her video from a flock of her celebrity friends, including Viola Davis, Samuel L. Jackson, Gabrielle Union, Sanaa Lathan, Nia Long, Ludacris and many more. 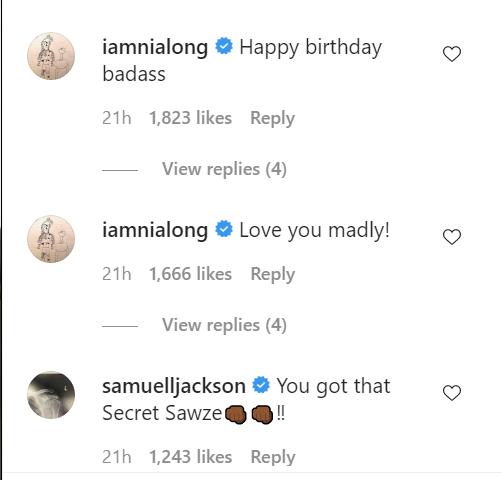 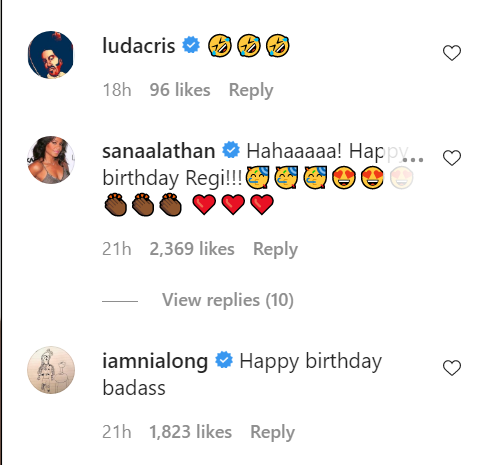 Check out Hall’s rather spirited home video on the next page. Warning: NSFW