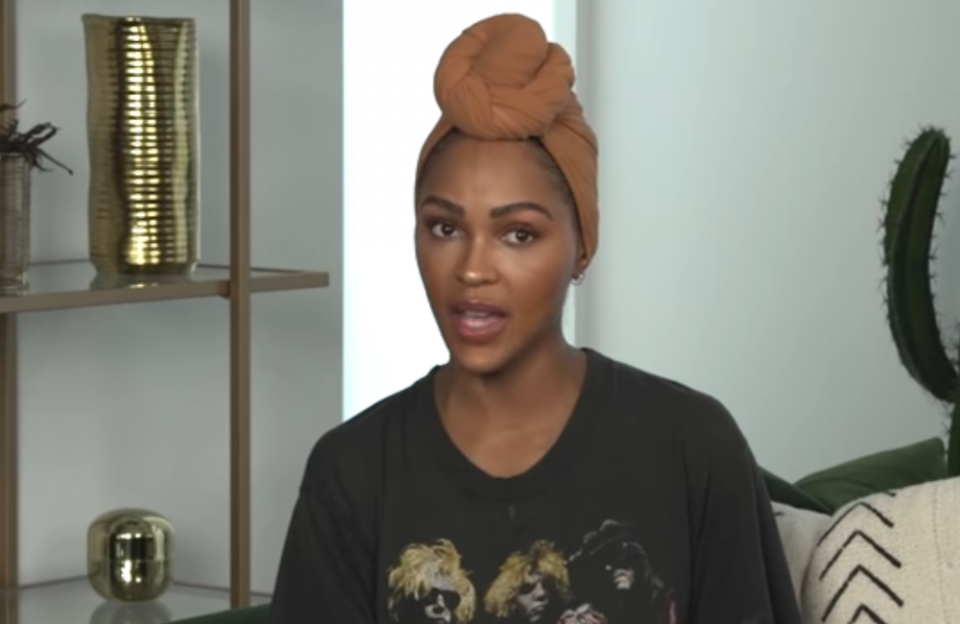 Meagan Good is speaking out again to set the record straight about the claims suggesting that she bleached her skin. Initially, she adamantly denied that she had not bleached her skin. Now, she is shedding light on a different perspective of the situation.

During an interview with The Shade Room on Saturday, Dec. 12, the Jumping the Broom actress shared details about the experience.

According to Good, an “unlicensed esthetician” treated her skin for sun damage. Months after the treatment, she began noticing changes in her complexion, but by that time, the damage had already been done.

“I went to an unlicensed esthetician who convinced me that I needed to get rid of some sun damage. And a few months later, I am like five shades lighter than I actually am and it was a really traumatic experience because I really trusted the person.”

The 38-year-old actress also noted that when she expressed concern about the changes in her skin, the esthetician brushed them off, insisting the color would return to its original state.

“I kept asking her through the process, like ‘Is this what’s supposed to happen?’ She’s like, ‘Oh it’ll lift and it’ll come back.’ I got to the place of realizing I don’t know if it’s going to come back, I think I’ve been bamboozled.”

Good also shared her reaction to the backlash she received, admitting it was one of the most “embarrassing” experience of her life. “It was super embarrassing and super painful especially in the climate we’re in as black women,” she said.