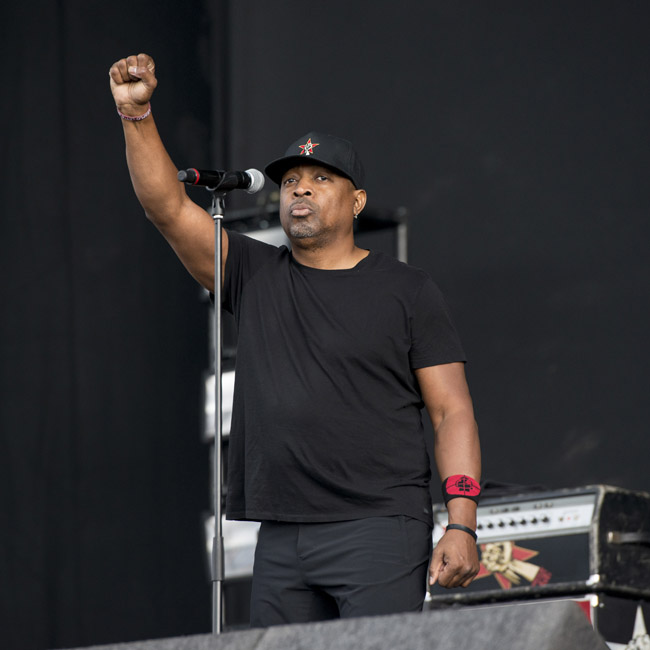 The 60-year-old rapper insists “old folks” shouldn’t be in positions of leadership but should instead use their years of experience to offer advice and guidance to others.

The Public Enemy frontman called for organizations to group together to “collectively work” against President Donald Trump, 74, to educate him on the Black Lives Matter movement.

He said: “I support Black Lives Matter. I think it’s a strong organization and speaks to now.

“I think it’s important in this age of Donald Trump that organizations come together, put aside micro-differences and collectively work to make him sit down.”

Chuck knows the subject of race can be “controversial” but he doesn’t even need to speak about it for people to acknowledge the topic.

He said in a recent interview: “I can walk into a room and my skin can be louder than hell. Discussions about race in places that are institutionalized are controversial. Even if you just breathe and smile, it’s going to be controversial.

“Public Enemy were confrontational – but how could we not be, especially back then?”

The “Don’t Believe The Hype” hitmaker would rather be described as Black than African American.

“Black covers the whole gamut. Black is all over the planet. Black is the antithesis of White supremacy, which tells us that white is pure and the ideal and everything else is diseased.”