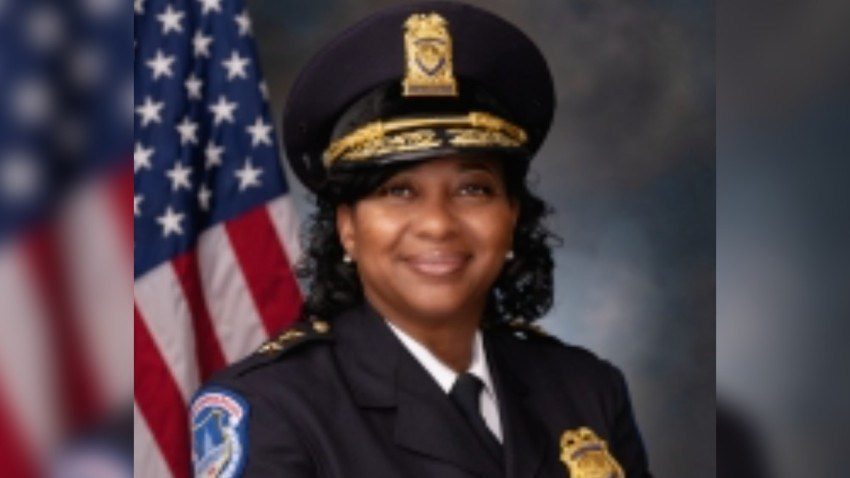 A senior-ranking Black female law enforcement officer and HBCU graduate has been appointed as the acting chief of the embattled U.S. Capitol Police department.

Yogananda D. Pittman already was next in line as the federal police agency’s assistant chief. Her predecessor, Chief Steve Sund, resigned the day after the insurrection at the U.S. Capitol building in Washington, D.C., on Jan. 6, 2021.

The department was tragically undermanned and ill-prepared for the hundreds of MAGA disciples who breached the building, desecrated its interior and were heard on camera calling for members of Congress and Vice President Mike Pence.

Congressional leadership from the major parties immediately condemned the Capitol Police’s performance from preparation and execution standpoints. Speaker of the House Nancy Pelosi, D-California, specifically pointed out the agency’s “shortcoming in their intelligence.”

“There was a failure of leadership at the top of the Capitol Police,” Yahoo! News reports Pelosi as saying.

Senate Majority Leader Mitch McConnell, R-Kentucky, demanded Sund’s resignation. Prior to resigning, Sund delivered this statement to the media, according to Yahoo!: “The violent attack on the U.S. Capitol was unlike any I have ever experienced in my 30 years in law enforcement here in Washington, D.C.”

Pittman, who has been a Capitol police officer since 2001, is a pioneer as one of the first Black female supervisors to even rise to the rank of captain. She graduated with a psychology degree from historically Black Morgan State University in Baltimore, Maryland, in 1991. Pittman also earned a master’s degree in public administration from Marist College in Poughkeepsie, New York, in 2019, Yahoo! reports.