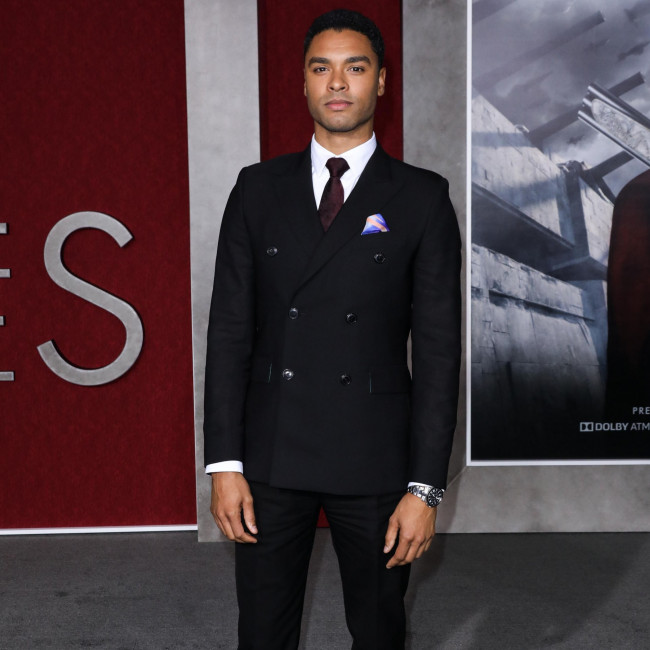 Rege-Jean Page has been cast in Dungeons & Dragons.

The “Bridgerton” actor is said to have signed up for Paramount’s upcoming blockbuster movie based on the beloved fantasy role-playing game, with Chris Pine, Michelle Rodriguez and Justice Smith also revealed earlier this month.

According to the Hollywood Reporter, Page is set to have a leading role in the feature film, although his part — and the plot of the film — is yet to be revealed.

Game Night duo Jonathan Goldstein and John Francis Daley are set to team up to direct, while they also to wrote the latest version of the script after a previous draft by Michael Gilio.

Plot details have been kept under wraps for the time being, but the movie is said to “take a subversive approach to the game.” It was previously claimed the movie will center on a warrior’s dangerous mission to find a mythical treasure.

Jeremy Latcham is producing for eOne, Hasbro’s entertainment arm while Brian Goldner serves as a producer for Hasbro.

“Dungeons & Dragons,” designed by Gary Gygax and Dave Arneson and first published in 1974 by Tactical Studies Rules Inc. (TSR), is a tactical war game played out using mythical miniature figurines and platforms to create armies, kingdoms and weaponry and polyhedral dice and are used to resolve random events.

The game was previously brought to the big screen in a 2000 movie starring Marlon Wayans, Zoe McLellan and Jeremy Irons, however, the movie was panned by critics and flopped at the box office.

Page, 31, rose to fame as the Duke of Hastings in the Netflix series “Bridgerton,” and the show’s popularity has seen him tipped to be the next James Bond.

However, he recently refused to be drawn on any speculation.

He quipped: “‘Bridgerton’ is the only ‘B’ word I am allowed to say – I am not going to talk about the other ‘B’ words!”