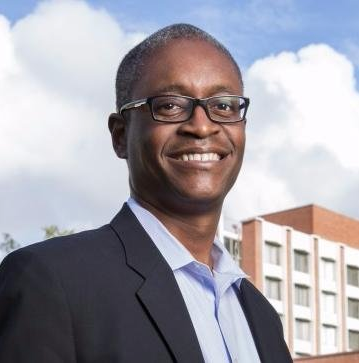 The pandemic and summer of social unrest following the police-involved killing of George Floyd have shifted many things in our country. A couple of issues we face are race relations and the need to stimulate the economy in this hardest of financial times.

This week, Raphael Bostic, the first openly gay and first Black Federal Reserve president, opened up in a CNN interview about his support for reparations. Bostic’s comments made him one of the highest-ranking members of the financial sector to publicly advocate for reparations.

Bostic is concerned about how the pandemic is exposing the depths of inequality across the nation. “The pandemic has worsened America’s inequality problem by wiping out four times as many low-income jobs as high-income ones. The people who had the least are being hit the hardest,” he said.

For generations, Black leaders and politicians have introduced movements and legislation to get the federal government to lift a hand on reparations to no avail. However now, since the pandemic, the reparations movement is gaining momentum, and the first Black man to lead the Federal Reserve Bank of Atlanta has a lot to say on the topic.

“The legacies of past racism are still present in our society,” Bostic noted. “We have to think about what things are necessary to offset the impacts of those old systems that still flow through.”

Bostic argues that the United States should offer reparations because of the institutionalized obstacles that prevent marginalized communities from building wealth, such as redlining and housing discrimination. “There are definitely merits to it in the sense that, if people have been harmed by laws, then there should be a discussion about redress,” he said.

Here is a timeline of recent developments in the reparations movement: