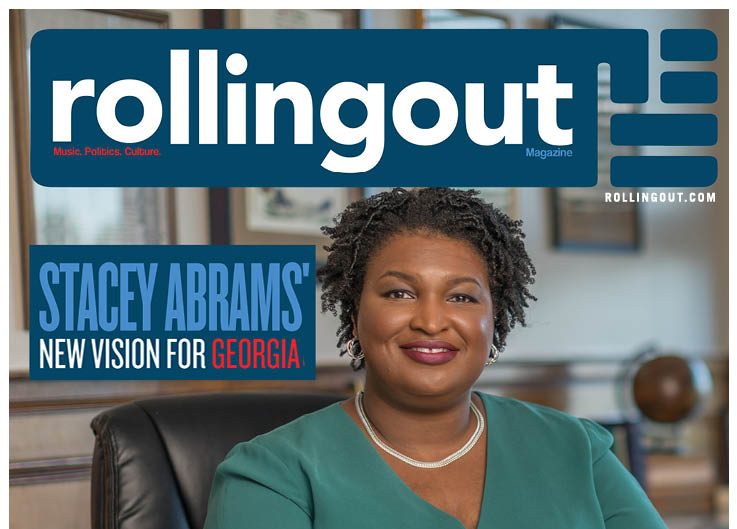 Gayle King has a peculiar way of asking personal questions that rankles the sensibilities of many audience members.

The marquee host of “CBS This Morning” did it again when she inquired about the dating life of esteemed political savant Stacey Abrams.

King slickly used the fact that Abrams has authored eight romance novels, promoting her legal thriller and juggling other major commitments to ask her how she finds time for dating.

“The struggle is real, it’s hard out here for a pimp,” King said before asking Abrams: “So what are you thinking about when it comes to dating in your life, you got a lot of stuff going on?”

Abrams, who is as quick as she is smart, responded in the same hearbeat: “Well I have not focused on it that much this month, we’ve been trying to work on democracy and preserving access for Americans and fighting to make sure recovery is real.”

Abrams then added that “if the guy realizes I’m out here and wants to drop me a note, I’m looking forward to meeting him.”

Twitter immediately rebuked King for what they believe was an invasive question.

“A totally offensive question that she would never ask a man. We are lucky to have women like Stacey Abrams; Gayle King should be ashamed she asked such a question,” one tweeter said.

It be ya own people.
Gayle King asking Stacey Abrams about her dating life. FAIL! We know U had Oprah Magic in UR career, but the rest of us had 2 work hard 4 everything . Stacey didn’t graduate from an Ivy League 4 U 2 reduce her 2 a dating conversation. Be Better #gayleking

I insist that without Oprah as her friend, #GayleKing would be working in the backroom. She consistently does this crap & then go on a reputation revival tour. She leaked info about Prince Harry's phone call with his family. She hurt Kobe's family then cried wolf with Snoop Dogg. https://t.co/esJ5ZkVjux

Hard to believe it's 2021 and questions like this are being asked BY A WOMAN, TO ANOTHER WOMAN who has more important things going on in her life…like SAVING DEMOCRACY!! #SavingDemocracy #GayleKing #StaceyAbrams https://t.co/RmMz82tTLd

Gayle King should not ask anyone about their dating life when she continues to remain silent about her relationship with Big Daddy Oprah #GayleKing pic.twitter.com/vDFPgTfANV