Vanessa Bryant paid homage to her lost daughter Gianna and her late husband Kobe at the annual WNBA All-Star Game in Las Vegas on Wednesday, July 14, 2021.

The widowed Bryant attended the game inside the Mandalay Bay Resort and Casino on the Vegas strip with the surviving members of her family. Daughter Gianna “Gigi” Bryant, 13, had aspirations of following in the footsteps of her famed father, The Black Mamba, to become a professional player in the WNBA. Those dreams abruptly and tragically ended when a helicopter carrying Kobe and Gigi Bryant crashed into the mountains north of Los Angeles on Jan. 26, 2020, while also taking the lives of seven others aboard.

Daughter Capri sported Gigi’s No. 2 at the game. 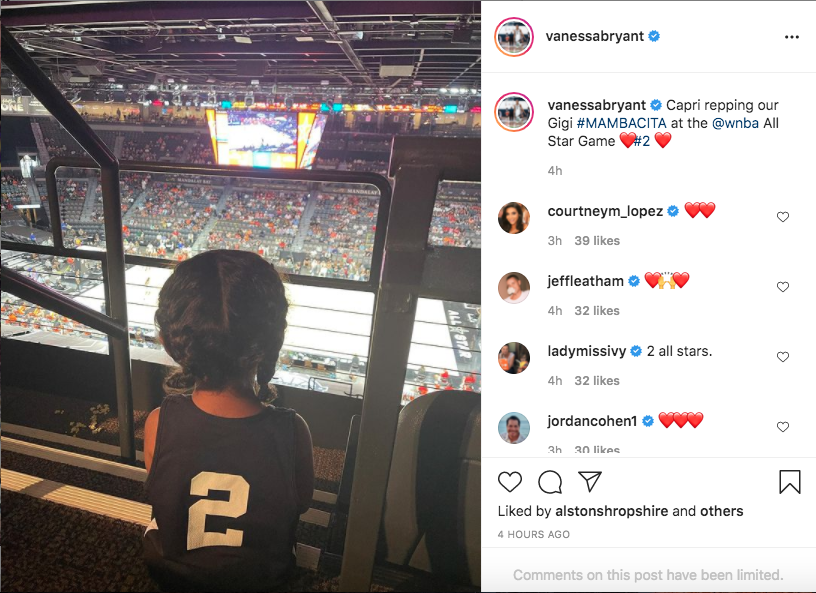 Meanwhile, Bianca “B.B.” Bryant repped her father Kobe Bryant’s No. 24, one of his two jersey numbers retired by the Los Angeles Lakers. 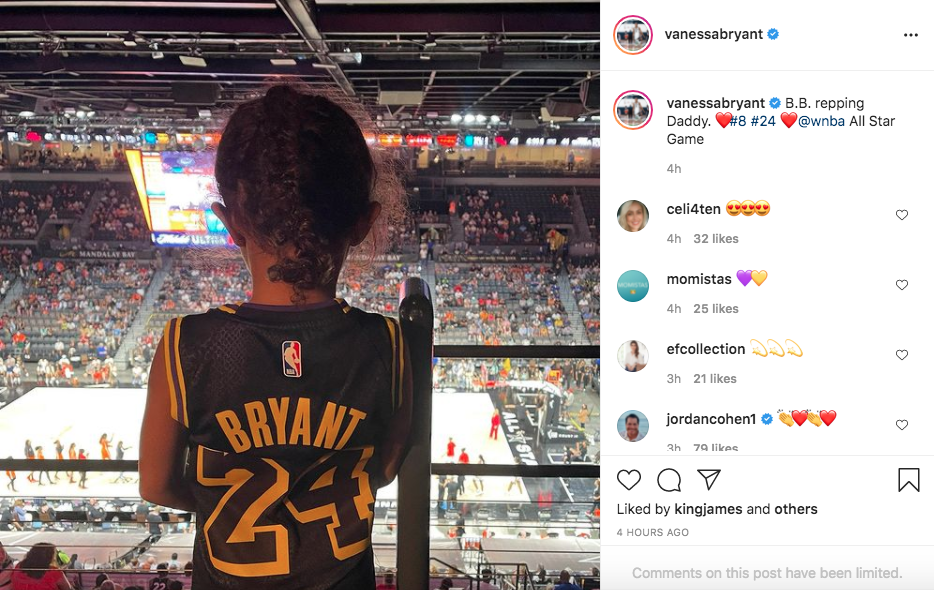 Vanessa Bryant, who rocked a white top, took multiple photos from her private suite at the Michelob Ultra Arena adjacent to Mandalay Bay.

The night was made extra special for the Bryants when Arike Ogunbowale was named the WNBA All-Star Game MVP. She wears No. 24 in honor of her favorite player.

Kobe was her favorite player. She wears No. 24 and even named her dog Kobe.

Vanessa Bryant and her daughters, Capri and B.B., were at the game tonight with Sabrina Ionescu.

The first-time All-Star and Dallas Wings star dropped 26 points, the fourth most in an All-Star Game in WNBA history, as Team WNBA beat Team USA 93-85.